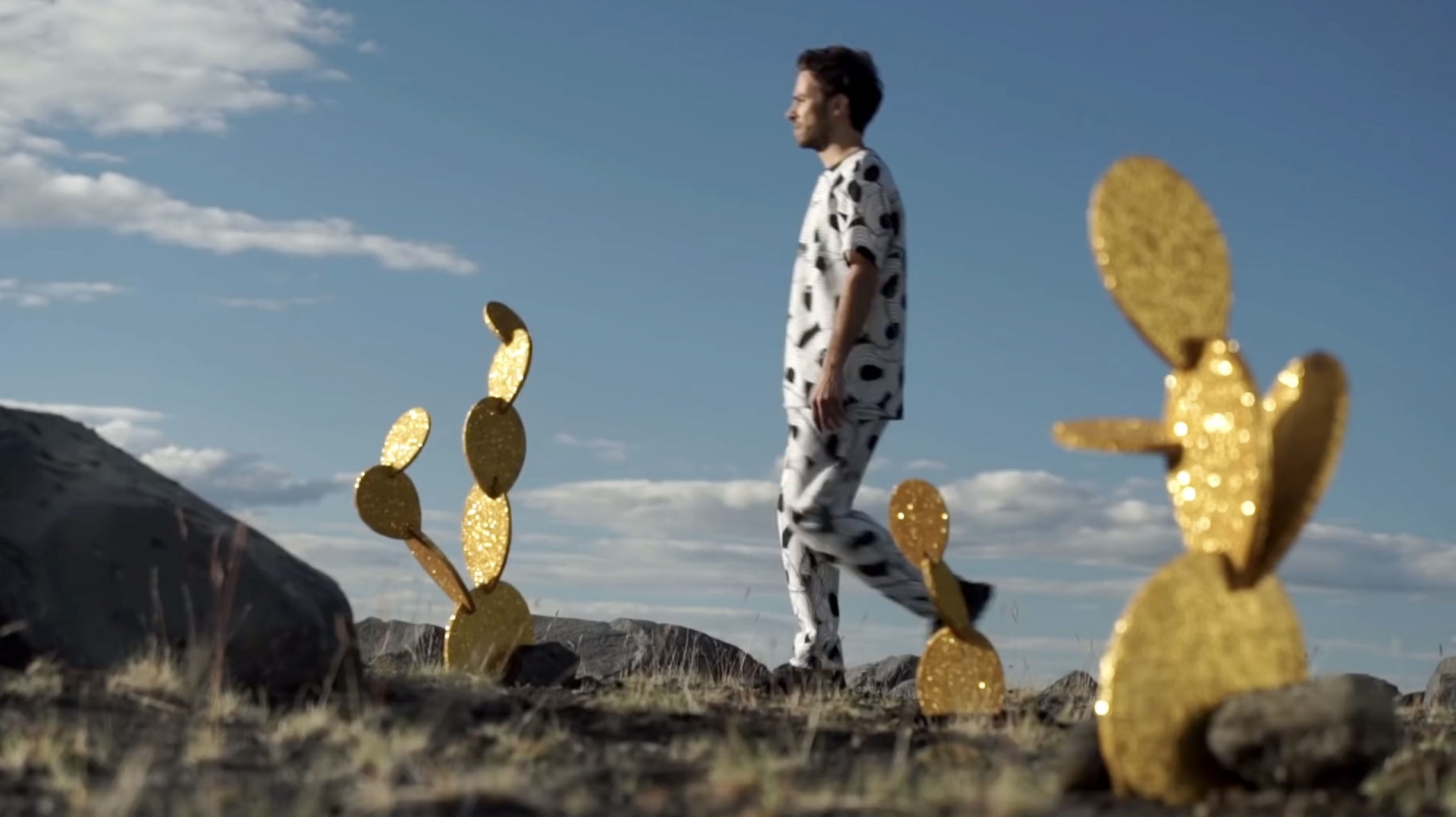 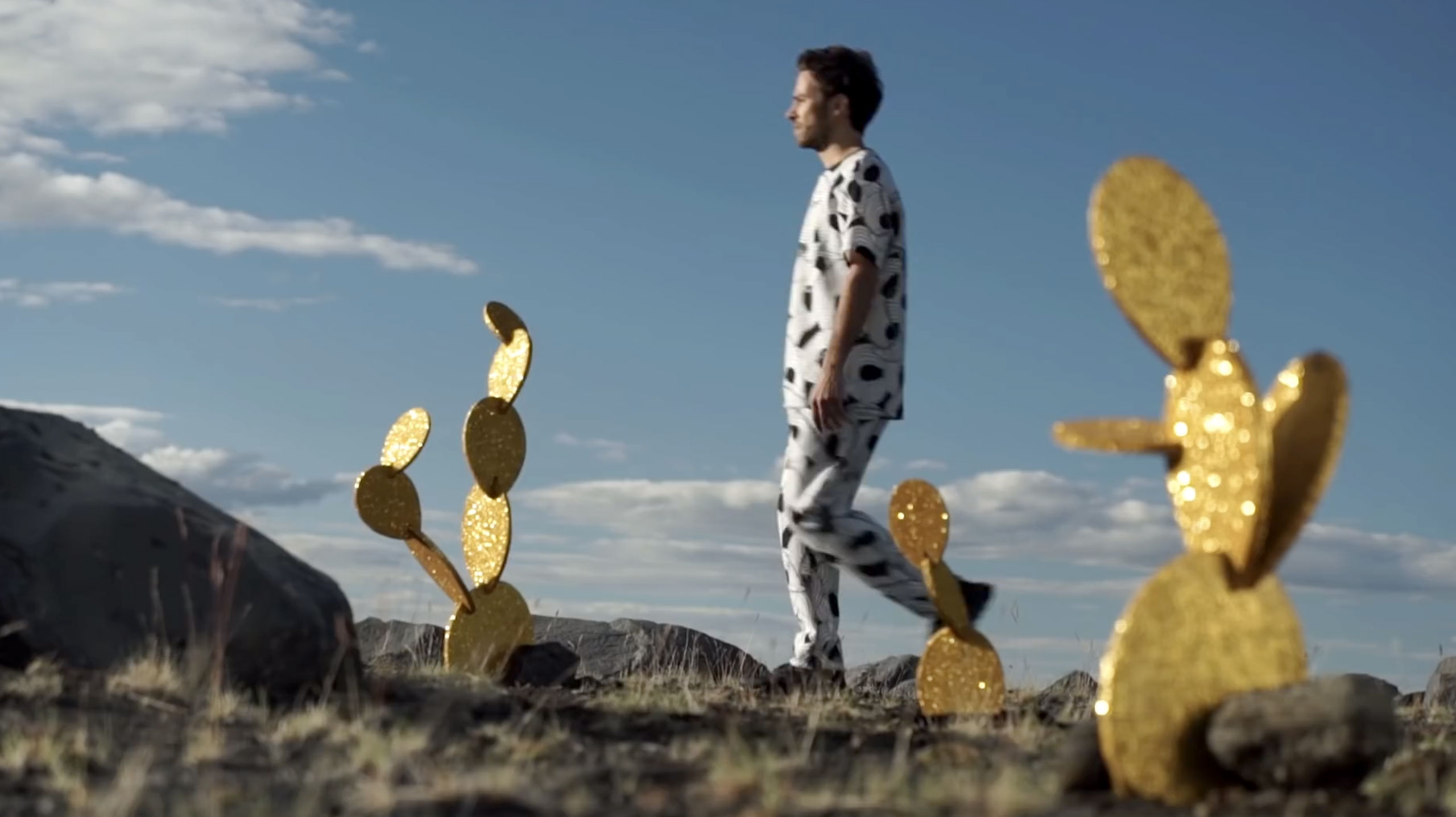 What made you decide to become a video maker?

Given that I have a background as an advertising graphic designer who started out as an animator and then moved on to the world of music videos and commercials, since I was a child, I have only ever wanted to be a music video director. Other audio-visual forms haven't really interested me.

You are not a video maker who sees music videos as a springboard to the cinema.

I've never thought about cinema. I like the short form. It feels very much my own. I was an electronic musician, and I made my first video for my band: a bit like what happened to Michel Gondry, who started by making videos for his band Oui Oui. My stage name is exactly what I had as a musician. Returning to cinema, I worked for years in a movie theatre, seeing everything, until I was almost sick of it. Films that have certainly nurtured me and stimulated a directorial eye, but I don't think my videos are particularly cinematic. I see them rather as metaphysical games.

In your videos, you combine very dense concepts with a recognisable lightness of touch: you go deep, playing with simple, everyday elements.

It's in my character: I don't make the meaning of the work too explicit. I prefer to create subtleties and many layers of interpretation. But even in complexity, I like to convey an idea of lightness and simplicity.

In Il tempo più importante by Amari, you highlight a single detail through motion, freezing the rest of the image. The chronological discourse becomes relative, and you allude to that concept of "important time" that the song talks about.

Amari understood that I had grasped the meaning of the lyrics and that I was the right person to depict it. At the time cinemagraph had just emerged, you could find a few gifs online, but it wasn't as famous a technique as it is today: in 2021 a cinemagraph video would sound outdated. I wanted to freeze particular moments of everyday life, nothing epochal or cinematic, just normal moments. Now that time has frozen for everyone, this video takes on a new meaning; it is not by chance that it has been rediscovered and posted on social networks by so many people.

You often use supernatural elements, but even then, your approach remains paradoxically realistic, of an unnaturalness that I would call "possible".

I like to create worlds that can also exist; I stage spaces in which I myself would like to live. Little nests. I do not distort reality because I like to observe the world: it is my gaze that sees it differently. I like to alter a landscape, to look at it from a different perspective, to add something that apparently has nothing to do with it, while leaving the context to remain real. I could never make a totally artefactual video, in animation, or in 3D: I love mixing reality and fiction. This approach also stems from my origins: I am a provincial boy, living in a land abandoned by God and man; boredom has played a strong role. It has pushed me to see everyday things through different eyes, to invent alternative dimensions, worlds that do not exist.

Your 'magical reality' is linked to the techniques you use. In Fall for Populous, for example, there is a conflict between a natural context, with strong connotations, and a science fiction event, for which, once again, you use elementary effects.

For that video, I was thinking of Sometimes, a video by Pleix for Kid606 in 3D, with these buildings crumbling: I wanted to reproduce a similar effect, but in nature, with pieces of black paper composing mysterious, symbolic or story-telling images. I could have easily done it in 3D, but I wanted to actually see those little pieces flying, to make it happen physically, not on the computer. That's what I'm looking for in my videos: to enter my world, not just make it in post-production, even if that means working a thousand times harder. So I used transparent anti-reflective glass to which I attached small pieces of black paper, creating a puzzle-like image, barely sticking them together so that with a gust of wind they could fly away. And then I shot it in reverse.

I have often written that you, like Michel Gondry yesterday and Oscar Hudson today, depart from an ethical conception of technology. The technique you choose is always at the service of the general design, of what you want to express. It is never a decoration to surprise the viewer.

I could never make a video based simply on some technique or  visual trick. I'm a whiz with After Effect, I could use any technique to fool everyone, but I still love the craftsmanship of video. I teach animation, but I only want to use it in my projects if it doesn't override the idea and doesn't overpower it.

In this sense, one of your most theoretical videos is Occhi d'oro by Meg, in which you have a meta-technical approach: while it seems that you use a green screen, in reality, you are using simple mirrors, and everything happens in the camera. And then you reveal that it's more complex than it appears.

Even when I used digital post-production, I always made it explicit: in Sdims, you go up invisible stairs, in green screen, and I choose to show them for a few moments. Coming back to Occhi d'oro, for me too, it is a manifesto. A lot of people still think it's a green screen video, even though the trick was exposed and, therefore, the technique used was explicit.

It's as if you were saying: I can do it in a simpler way by using digital effects, but instead, I use pure physical effects because I want to disrupt the attitude of the viewer, who tends to take everything for granted. I bring him back to the question that in times of CGI - which makes everything possible - nobody asks anymore: "How did he do that?"

You touch a sensitive button: at the time, when I watched Gondry's videos, I always asked myself that question: "How did he do it? What technique did he use?" because I knew he wasn't using 3D. Even today, when I watch some of his clips, I still ask myself that question. And in my own small way, with the small budget that I have - because I have never had more than 7000 euros to make my videos - I want to do something like that, to make the viewer question the way the work was made.

Moreover, I have a very noble vision of this job. When I get a piece of music (if I like it), I listen to it to the point of exhaustion in order to get fully into it. I load it into my car, I drive to my mountains, I listen to it 70 times, I isolate myself, and I think about it with a clear head, without contamination.

The imposed limits of the pandemic - like Lars von Trier's obstructions - seemed to call for inventiveness and research in videos. Instead, they only led to the umpteenth formula. How did you experience this phase as a spectator and director?

During the pandemic, I proposed to some international electronic musicians some remote videos, not just animation: something that exploited and experimented with different techniques. It's not the usual video with people connected on Skype. There were too many of them around. I was going to make one for Pantha du Prince, but nothing came of it. I had a nice idea that I won't reveal because I still intend to use it. The thing that struck me most about this period was that all the limitations - of travel, budget and so on - instead of producing simpler works, but with an interesting creative urgency, led to the usual flatness. I found this strange to say the least.

Parentesi by Meg is, for me, the most important Italian music video of the last decade. In that work, you reaffirm your analogue and artisanal style, combining it with more sophisticated techniques, and you give a visual guise to the electronic sounds of the piece.

I had already worked with Meg, an artist who immediately believed in me, on three videos: this time, she wanted something in which her personality would stand out more, in which I would emerge a little less. I did it through a very long process in which I did everything myself: I wanted something more polished and refined. In the end, by making her come out, my imprint emerged too, my touch of magic, a bit childish: it was a perfect synthesis. In particular, to render the element of travel - which is crucial in the song - I thought of 1980s view masters. And from there, I tried to combine the more modern techniques of wiggle-style animated gifs, where the subject is shot from two cameras with different points of view. But once again, the choice of technique is instrumental to the narrative discourse. I never thought: now I'm going to make a video in After Effect or with animated gifs. I just wanted to make a journey starting from a metaphysical setting.

Your work reveals an idea of authorship that in a field as compromised by the market as video music is by no means taken for granted. How free have you been in your work?

It has always been quite easy to get carte blanche. I don't expect to make a living from music videos, as I already have a job that guarantees my survival. So I don't accept compromises, I rely on artists and proposals that give me the freedom I'm looking for, and I could give you a very long list of missed opportunities.

Who are your favourite video makers?

I'm a bit old school in this respect. So the first name I can give you is Zbigniew Rybczyński: it all started from there and then came Michel Gondry, Chris Cunningham, Spike Jonze, Koichiro Tsujikawa, of whom I was a big fan in the 1990s. Of the latest generation, I really appreciate Canada, Romain Gavras, Megaforce, and many others.

I give you the chance to work with an artist of your choice: who do you choose and why?

I would love to do a video for Beach House. They have one thing that I really like: they try to be timeless. They are far from any fashion, from the current sound, from cleverness, from marketing. They write wonderful melodies, accompanied by these tapestries of sound that escape the ages. I would make a truly eternal video with them.