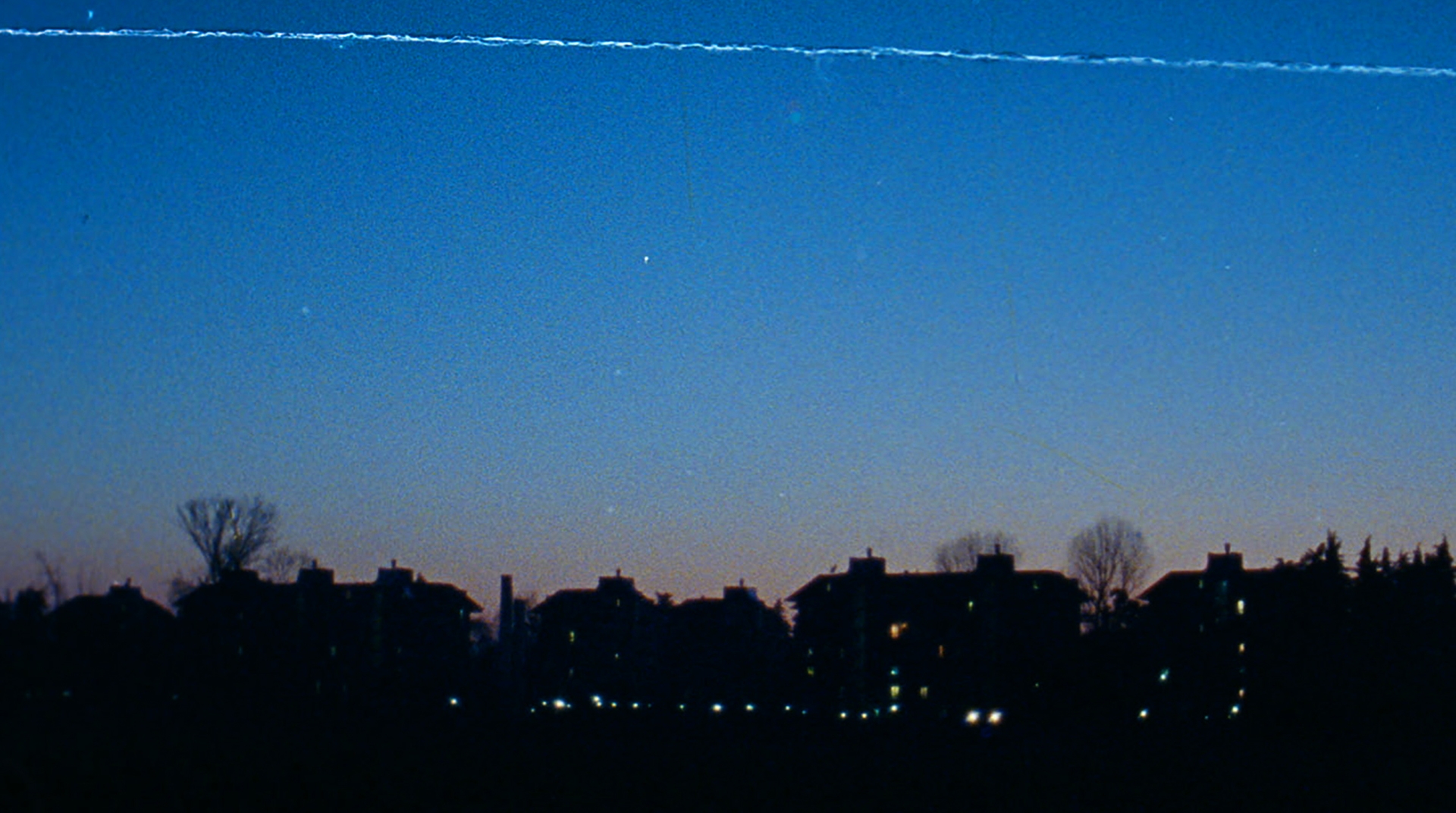 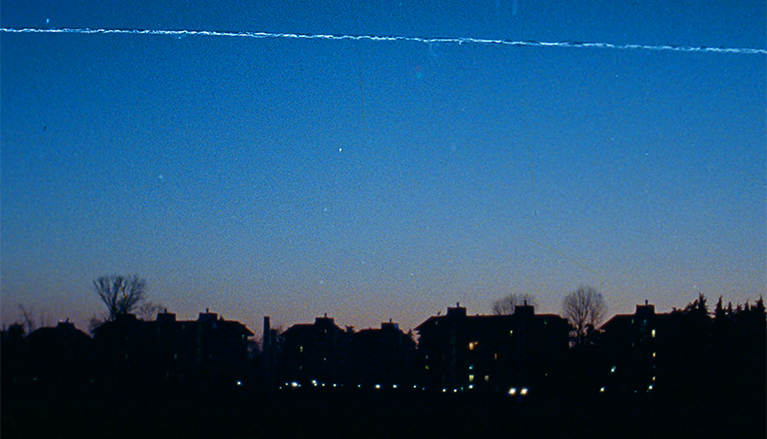 Conceived both as a landscape study and a detective story, Due was filmed in Milano 2, a residential neighbourhood on the outskirts of Milan.
Built between 1970 and 1979 as a utopian city, this was Silvio Berlusconi's first ambitious urban development plan. What today at first glance may seem an anonymous suburb was the test bench for a real life-form, which spread all over the country in the decades of Berlusconism and radically transformed Italian culture.
The film includes an interview with Enrico Hoffer, one of the architects who designed the town, and includes fragments of a 1974 information leaflet published by Edilnord as advertising material. 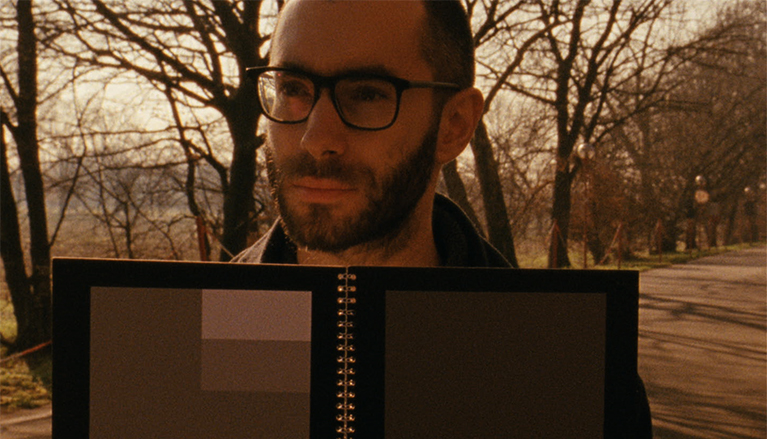 Curated by Giulio Sangiorgio and Mauro Santini, with the collaboration of Tommaso Isabella

Riccardo Giacconi has conducted one of the subtlest and most articulate investigations in Italy of that kind of non-fiction that refers back to the tradition of the film essay – admitting that such a whimsical form can ever generate one. Giacconi’s essayistic approach is not so much derived from the range and eclecticism of his interests or the ductility of his research – which applies equally to installation and writing, to audio-documentary, and book editing – nor from his ability to deal with exquisitely intellectual problems by way of perceptible forms. What places Giacconi's work in the most fertile and distinctive line of film essay is the comprehension of a fundamental mismatch in his filmmaking, the methodical insistence on that frontline created by the non-synchronic relationship of word and image. Very far from the straightforward identification system created by captions, this relationship in Giacconi's films is more reminiscent of the fluid and subversive one that is established in the surreal scenes presented in rebuses. Each of his works seems to stem from a both lucid and imaginative observation of the imperceptible threads that connect words and things. Following the tangle of these threads, devising articulations of its complexity, allows to crack the acquired hierarchies, just as in puppetry – a locus of reflection that Giacconi constantly goes back to, including with the recent Diteggiatura – the capable puppeteer comes to doubt that it is he who operates the puppet and not the other way around. It is by renouncing the illusion of absolute control, sensing the tension of reciprocity, that his art begins to exist.

This profile consists of two programmes entitled Places and Mirrors. The distinction, however, does not prevent places from being mirrors and mirrors from being places. Just as happens in the cinema of Giacconi, who loves to raise paradoxes and play with them seriously, the reversal allows you to better observe the properties in the field.
Although his films are often born and developed as a form of encounter and conversation, whether he is filming places or people Giacconi never seems to focus merely on his subject, but rather on relationships that are established as a result of particular interactions and are perpetuated over time. Brutally synthesized and plunged in the particle world of quantum physics, this is the idea behind the theory of entanglement or correlation, the inspiration that acts as a catalyst on the four stories of Entrelazado. Apparently, the latter are only united by having been narrated to the director in the city of Cali, Colombia, while such a correlation at a distance is that which the act of editing instils in the footage, finding glimpses from which things can be reflected into each other. The same happens in Gondwana, where a disoriented community like the Tuareg people who have settled in Pordenone is reflected in the dried landscape of the Magredi (the Friulian expanses of gravel and pebbles), finding there the archaic memory of a desert and the depth of time that unites Friuli and Niger in their wealth of paleontological finds. Due, instead, describes a community that "sets itself apart without drama" from its territory and projects itself into a place designed in its image – Milano 2, i.e., the urban and generative cell of the media and political Berlusconism to come. We follow the new town’s development ex vivo in the succession of slides and text fragments taken from projects and advertising brochures, observing an oscillatory restlessness emerging in the stuttering pictures like a disturbing discrepancy between model and reality.
Chi ha lottato con l'angelo resta fosforescente is an encounter with Maria Luisa Spaziani and with her verses, that we see floating against shots of aquatic depths. Just like the invisible interweaving of quantum particles that continues to operate at a distance, the phosphorescence mentioned by the poetess speaks is the mark that the angel’s visiting left on her, i.e., the transfiguring power of a poetic gaze that imprints its signature on reality by becoming a mirror between word and thing. A house of broken mirrors is the kaleidoscope of screens and desktop windows in which young A., the leading character of Piuccheperfetto, gazes at himself and gets lost – a portrait that watches its own subject watching himself, with a matryoshka effect that Giacconi had already used to film the electronic Harlequin Alberto Camerini. But instead of the retrospective meditation offered in Prologo ed ecfrasi di Alberto Camerini, we find a befuddling projection into the digital narcissism of the current times. A. is a brash Harlequin too; his fragile identity is a patchwork that we see mutating from a video fragment to an Instagram story, between dreadlocks and crests, tattoos and self-abuse, combining the sense of rebellion and the discomfort that nail him to his small town like the victim of an absurd sacrifice. 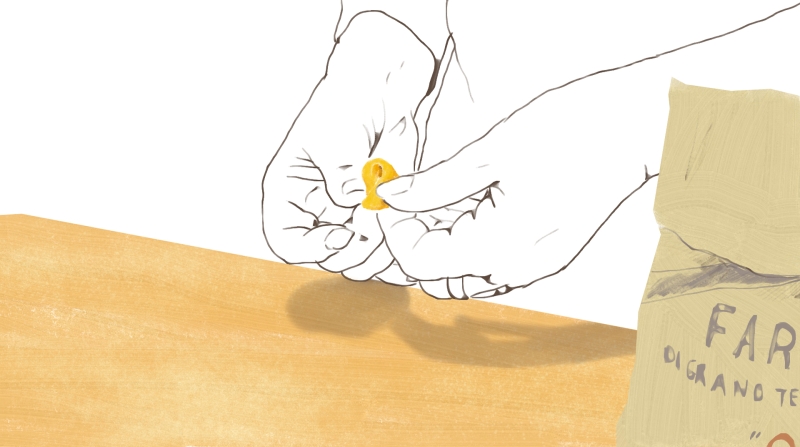 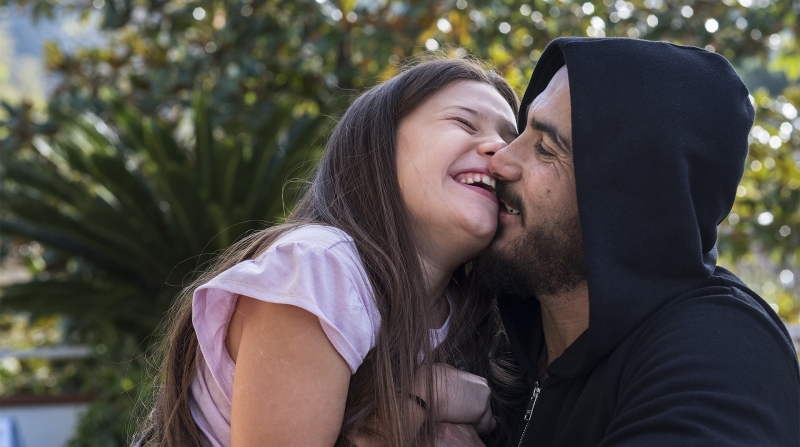 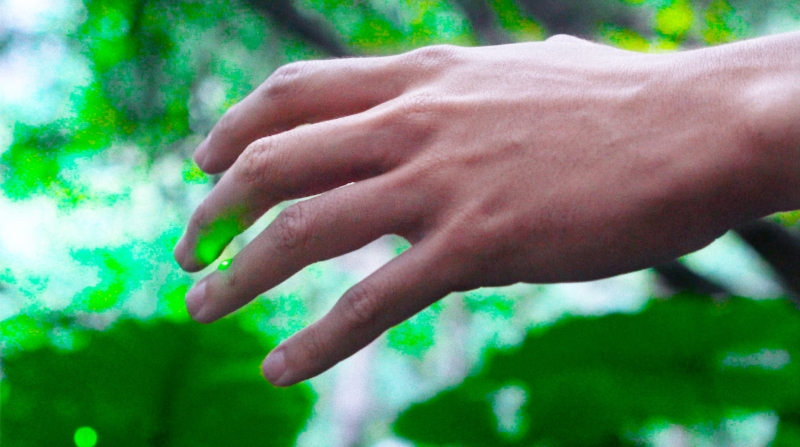