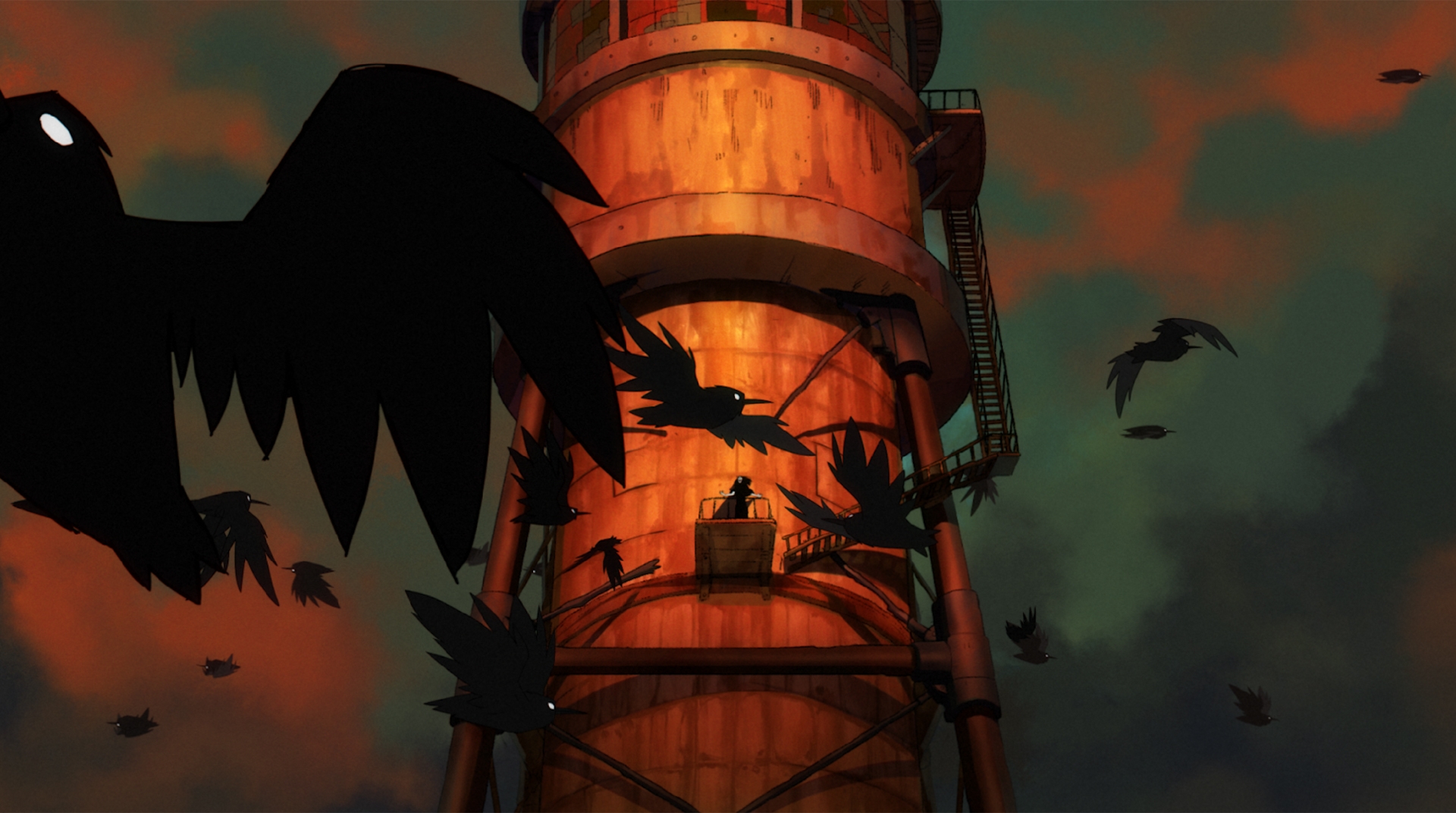 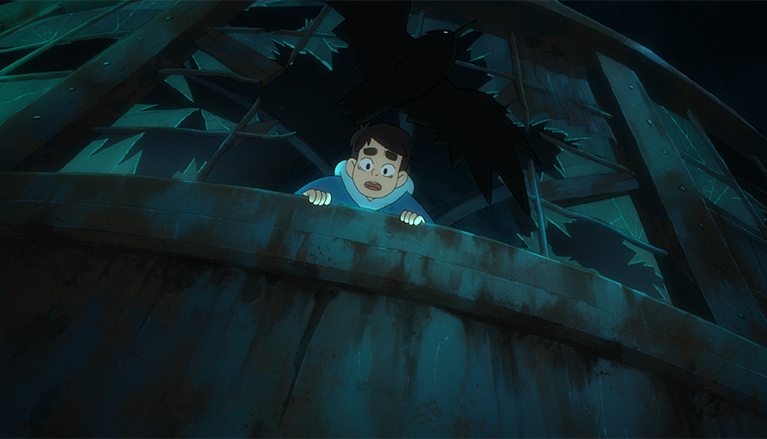 Nahuel lives with his father in a fishing town, yet he has a deep fear of the sea. One day, he finds a magical book that seems to be the solution to this problem, but a dark wizard is after it and captures Nahuel’s father. This is where his fantastic adventure begins: to rescue his father while overcoming his deepest fears. 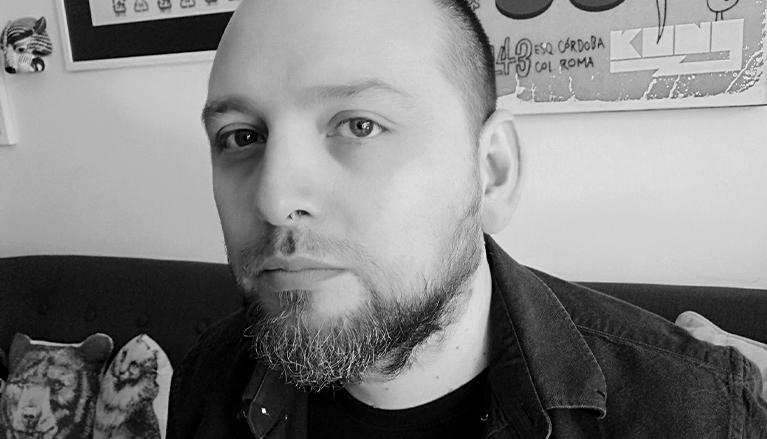 German Acuña is a visual communicator by profession but works as a director/animator. In 2007, he created the animation studio Carburadores, making to date more than 100 audio-visual pieces in different animation techniques. He took five years to make his debut animated feature film, Nahuel.

The merry-go-round of the Pesaro Film Festival Circus

Children’s film is a very serious matter. After the 2020 Oscar controversy, when several production companies were offended by how animation was treated in such a renowned context, and a crucial one in the film industry, a sentence kept on spreading, i.e., “animation is film.” That is to say, animation is a serious matter too, and not just a picturesque sideshow.
The production is lengthy and complex, because animation films require a long pre-production phase. Their languages intersect with those of adult cinema, those of pedagogy, gaming, or children's fiction. Therefore, it is quite right to consider animation a serious, very serious language for all kinds of audience.
A children’s audience is certainly one of the most important: creativity, intellectual growth, passion, and curiosity are also the result of a correct and wide film fruition.

The techniques chosen for an animation film too reflect artistic motivations and search for coherence with the content. Animation is, in all cases, a stylistic and artistic choice.
This year, the Pesaro Film Festival Circus offers English, French, Japanese, Brazilian, Swedish, Norwegian, Danish, and Italian animation films, as well as cartoons, stop-motion animation, computer-made films, and an array of mixed techniques. The strength of animation and children's film is that complex contents – often implying different levels of interpretation – are simplified by drawing lines or bringing puppets to life. The genres of this year are comedy, noir, fantasy, adventure, and drama.

The tricks performed by the Pesaro Film Festival Circus include the stunts of a selection of shorts by the English Aardman Animations, from the very first transformable character Morph, who now turns forty, to Creature Comforts, in which the animals in the zoo talk discuss their situations, up to the recent productions Timmy Time, Shaun the Sheep, and The Fly. All of them are animated in stop motion with plasticine. A special act is offered by Germàn Acuna’s Nahuel y el libro Magico, in which the hero finds a magical book and must save his father from a witch by facing his greatest fear: the ocean. From Japan comes a stunt of animated, very fast cartoons: Eureka Seven Hi-Evolution 3 by Studio Bones. This is set in the distant future, in the year 12005, i.e., 10,000 years since humanity is forced to leave Earth due to the advent of a sentient life form called Scub Coral. Sweden, together with Norway and Denmark, present The Ape Star, which tells the delicate story of Jonna, a little girl without a mother who longs for one. The French Joan Sfarr animates the characters and events of the little and famous comics vampire – well-known in Italy as well – in Petit vampire.
However, returning to the movie theatre today, after exactly two years of pandemic, especially for children means participating in a real experience, a collective immersion in a pool of colours, sounds, and emotions. For them, ‘having a finger in the pie’, taking part in the making of a little film, if not constructing a small and precious ‘film machine’ is even more exciting and engaging. This is what the little spectators do with Claudia Muratori, who proposes the construction of actual phenakistoscope functioning with original drawings made by the children. With Vincenzo Gioanola, they can try the old but always fascinating technique of drawing on film, a favourite of Gioanola himself for his animations, used by other great artists, such as the Canadian Norman McLaren, alike. Each workshop is designed as a two-day full immersion, to better explore techniques and languages.
A treasure hunt, conducted by the actor Andrea Fugaro and designed to celebrate Pesaro as Italian Capital of Culture 2024, takes children to discover the places of Pesaro while teaching them the basics of film history. Therefore, the merry-go-round of our Circus is back with more lights and more music, including the ‘star hunt’, to the delight of little cinephiles and filmmakers of tomorrow. This way, they will earn their final diploma, and also vote for their favourite film/short forming a real jury.
Ring up the curtain! And have fun! 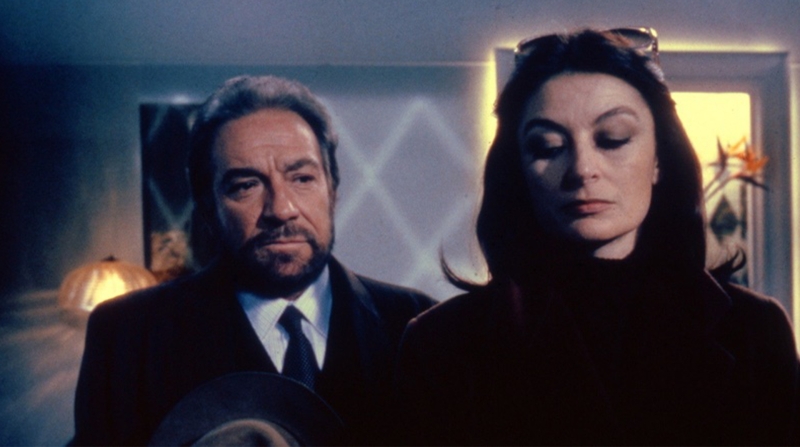 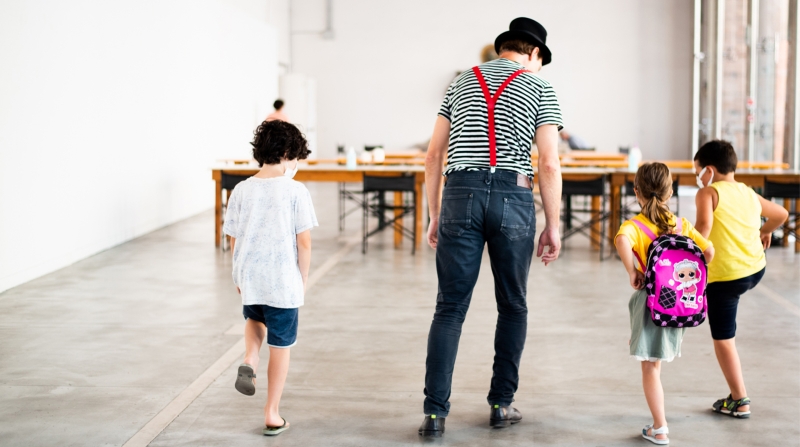 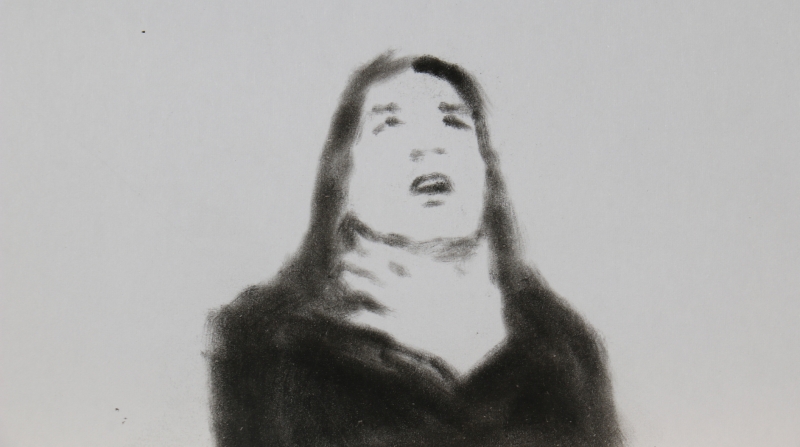