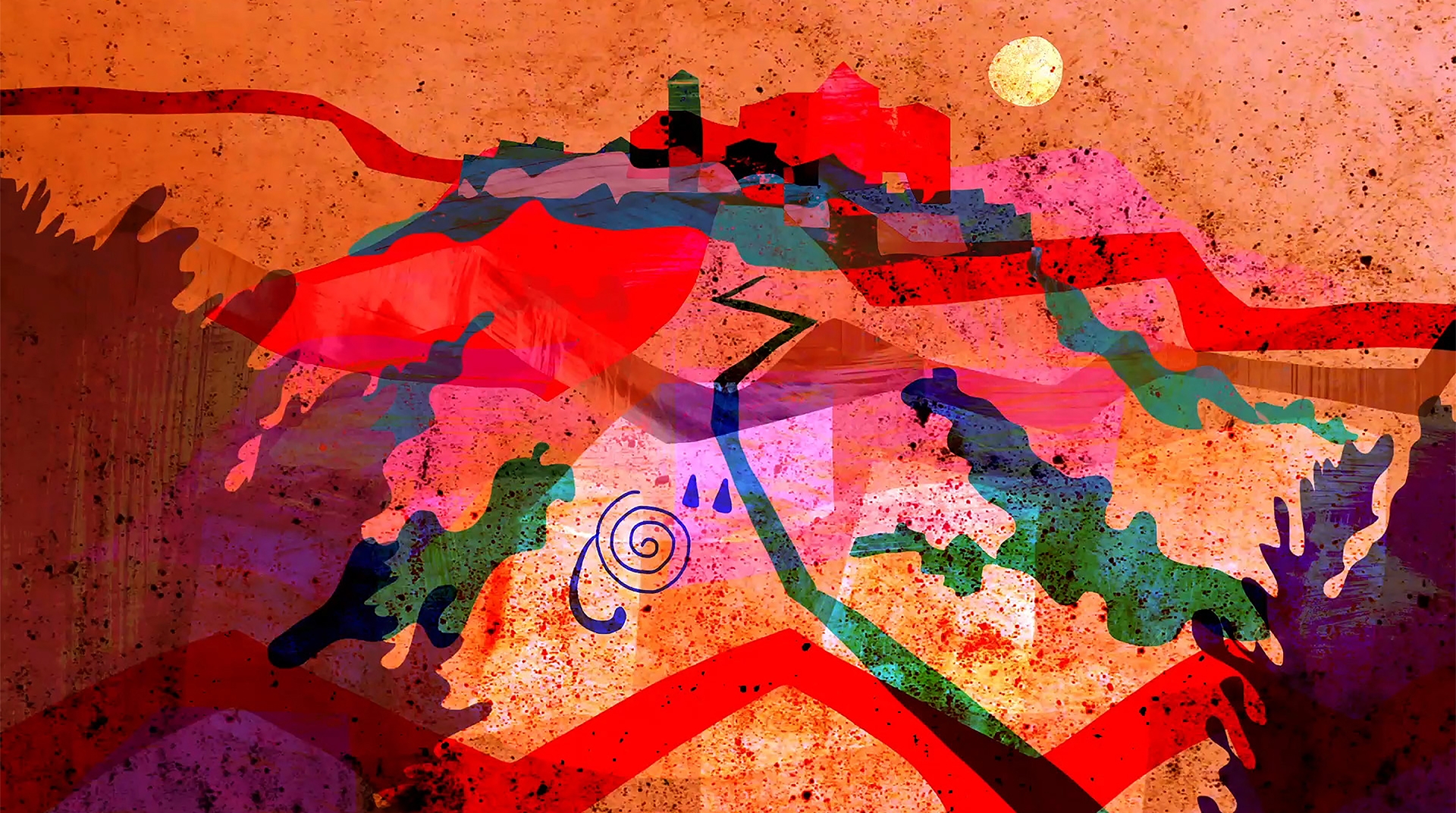 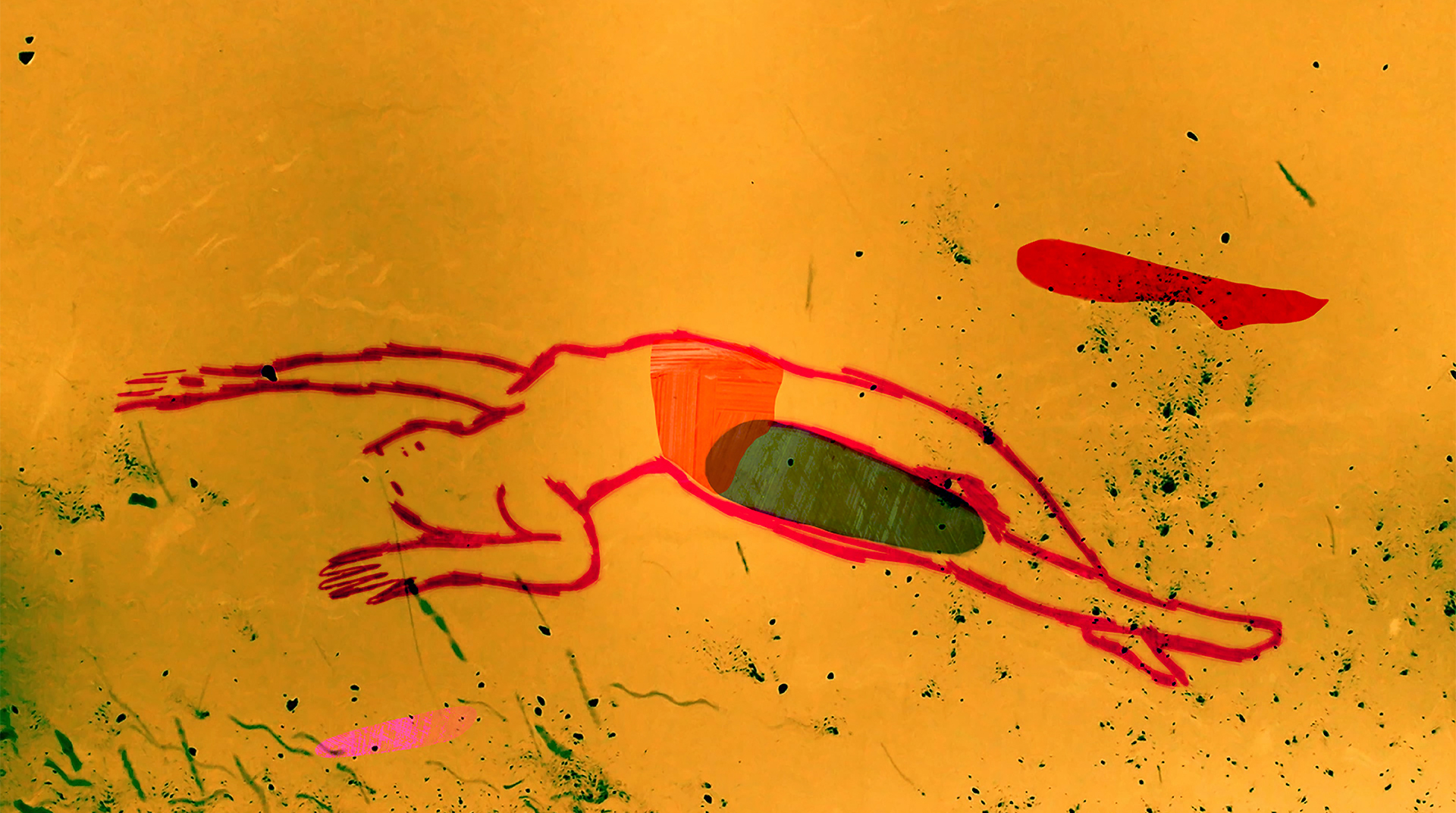 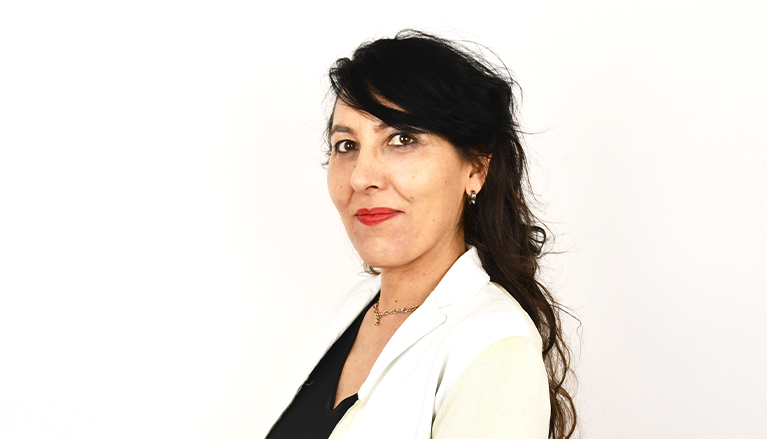 Claudia Muratori is a cartoonist and filmmaker of animated shorts. She has made illustrations for press media. She taught at the Academy of Fine Arts in Urbino from 2004 to 2018. She made theme songs and animated visuals for festivals, televisions, institutions, and documentaries. Muratori also collaborates with video and communication production companies. Her multimedia language relies on minimalist strokes, colours, and shapes. Some of her animated videos are included in the artists’ video collection at La GAM - Galleria Civica d'Arte Moderna e Contemporanea in Turin. Muratori has joined the group 'Fuorinorma' conceived and curated by Adriano Aprà.

Claudia Muratori is another star of auteur animation cinema. She studied at the Scuola del Libro in Urbino, in the Cartoon section, as many of the best animators in Italy did. And she, too, has a very personal, unmistakable style. She made her debut at a very young age, in 1994, with Potentiae, immediately attracting attention (including from us). Her expressive language is based on minimal strokes, capable of depicting figures, especially female ones, and shapes engaged in acrobatic transformations. The human presence is always perceptible, however stylized, mutilated, and engaged in aerial metamorphoses. The main feature put into play is that of togetherness, embracing, and contact on the fly. The backgrounds alternate on the basis of variations of strong colours: black, red, blue, or acid yellow. These chromatic backgrounds allow the figures to stand out on the screen. Most of them are female, as mentioned above: presences capable of conveying an intimate, tranquil dimension typical of couples or families. At the same time, there is a strong symbolic element, such as the "eternal feminine" evoked by the poetry of Andrei Bely, and above all of the great Alexander Blok (St. Petersburg, 1880-1921). The flying, on the other hand, brings to mind Marc Chagall, but in an essential, linear version. In our opinion, it also recalls, in terms of painting, Paul Klee, Joan Mirò, and Osvaldo Licini, at least in terms of features that the viewer can recognize. The dissolution and re-composition of the shapes - and of consciousness - is brought about by the marked presence of electronic-experimental music, which supports the movements.
Going back to the fundamental and universal symbolic elements found in Claudia Muratori's films: the egg refers to life that is renewed, and it is a very ancient symbol. Even today, the huge, hard-shelled egg of ostrich is employed by peoples in the Omo River valley, in east-central Africa (Ethiopia) - where humankind was born - as a symbol of good luck and prosperity, and placed on top of huts. Cut in slices, it was used to make necklaces for girls, both in prehistoric and recent times. Hands, stylized and isolated from the body, evoke an awareness of the self, of one's presence in the world; they too repeatedly appear in the oldest and most fascinating paintings made by us, Homo Sapiens, i.e., those in the Chauvet Caves, along the Ardèche River in France, from 32,000 years ago. But we also find them elsewhere: theirs is a recurring presence, imprinted in collective imagination. Then we have the five-pointed star, the pentacle, which represents the union between human microcosm and macrocosm (infinity, according to the ancients). The five ramifications and ends symbolize the five elements of the creation process according to an esoteric view: water, air, earth, fire, and spirit. Based on this notion, man and woman, like the whole universe, allegedly come from this union. And finally, the naked female body, on whose symbolism I will not dwell. We all come from wonder, and aspire to return to it. Therefore, the cinema of Claudia Muratori can be called ‘minimalist’ only apparently: actually, it expresses very deep and ancestral senses, and it does so in a complex way
She is also versatile: in addition to the exquisitely ‘authorial’ films, Muratori, who has always worked on her own in the communication business on many levels, has also made, with her original style, the theme song of "Popsophia": Allegria di naufragi (2016); the opening and closing credits of the film Shadowgram by Augusto Contento (2016); two animations for the Rai 3 show “Report,” Il Tempo (2020) and Curami (2021). Human figures disappear in the most abstract of her films: Dots per Inch (2021); on the other hand, in Andante moderato and Un saluto (both 2020) - not coincidentally, made in the harshest period of the pandemic - the human figure (the filmmaker's, at home) and live filming, combined with animation, appear for the first time.
The most distinctive feature of Claudia Muratori's work seems to be that of curiosity: an ongoing search for, and questioning of, the status of her own language in her films. Significantly, Muratori wrote in this regard, in a so-far unpublished personal note: "Imagination is an unparalleled potential of the human being; one does not think without images. And one does not dream without images. It is a possibility of personal expression of great freedom, and it is the primordial medium regarding my personal need to create 'images' and to feel as a cartoonist. Movement, thanks to animation cinema, is a demiurge for images: have them move is a privileged path that draws one into the vortex of enchantment and possibility. An irresistible fascination - movement associated with vision. My imagery comes from a mixture of suggestions, of artistic expressions, even at the antithesis of each other. My muses are experimental cinema, abstract expressionism, minimalism, experimental music, and a particular interest in the body understood as an outline of skin and container of the unimaginable."

How did your journey into the world of pictures begin? What is your educational background?

I have always drawn. I have been drawing pictures and comics and I have been painting since childhood. I always felt I was a cartoonist and thought I would make 'cartoons.' To move, or even just to see the vibration of a stroke produced by movement, is already 'storytelling': images move, moving is storytelling. To tell by way of moving images, to make images move, and the desire to move and see movement has always been irresistible to me, as if the still (fixed) image was not complete. Free thinking over a flow of imagination/imagery was the first channel that prompted me to draw movement. The synthesis I use in the shapes, i.e., minimalism, resolves and actually synthesizes the production of the many images in succession, one after the other, similar but different. Frame by frame is an instant. It is an impressionistic way of capturing the essence while setting free the extemporaneity of the stroke as well as that of the content, even while interpreting things symbolically. The narrative is intrinsic, linked to the indefinite and to an embryonic state of creation.
The fascination with the unidentified, the indecipherable, is stronger than one-way storytelling, and it was the prelude to a certain abstract visual form that I sought. In my shorts, there is always a story with a narrative that is not an obvious, but a hermetic one, as I have often been told. Extracting an image from reality, suggested by reality through the superimposition of a series of suggestions, and bringing it into the unreal leads to a poetic, abstract space. Simplifying  the shapes and the content too was my main need: 'inspiration is a sensory atonement.' Making an animation video, transfiguring thought 'in motion' into reality, is like being a tightrope walker holding multiple dimensions together, trying to make space and time communicate with each other through the use of a technological medium, balancing the dimensions of the real and the unreal, and trying to make them fit together. Video, and particularly animation video, for me, is a comprehensive medium that encompasses endless creative and expressive possibilities. It is the combination of multiple sensory media, multimedia, and finally, it is an extrasensory adventure.

What were your studies in the field of animation film?

My experience at the Scuola d’Arte in Urbino, summed up in one sentence, was 'an education to vision’: to look, to be able to see, and learn to watch from a certain vantage point is a privilege, and it is the place and the atmosphere where the passion for drawing is passed on, especially at a young age. At the Academy of Fine Arts, where I taught, being confronted with the new generation, who are so high-performing, posed to me the question of flexibility, communication, and contemporaneity - what it really means to connect with each other. I think the most important lesson is to actually try to convey. I've always had a need to have different experiences related to visuals in practice: I've taken short courses in film and TV technique and editing, and I've had work engagements doing roles not restricted to drawing. I wanted to cope with other contexts, other languages, and other professional skills. I have made some short commercials, video interviews and participated in the production of audiovisual works: I have always been interested in the audiovisual language and its varied possibilities and forms of expression, from the artistic to the commercial. I think it is essential today to have a ‘panoramic understanding’ of the medium that you are going to use and its contents. I tried through these experiences to learn what I could and to make myself independent in terms of production and self-production. Today I consider myself an independent filmmaker. An equally formative experience was to illustrate articles for some magazines and newspapers where it is required to make 'fixed images,' not moving ones, but the times of execution are fairly quick. This was a valuable counterpoint to the creative mode of thinking in motion. In this case, you had to take a single image and retain it. But animated film has always been my main passion.

What have been your favourite references in painting and film, from the beginning to the present? 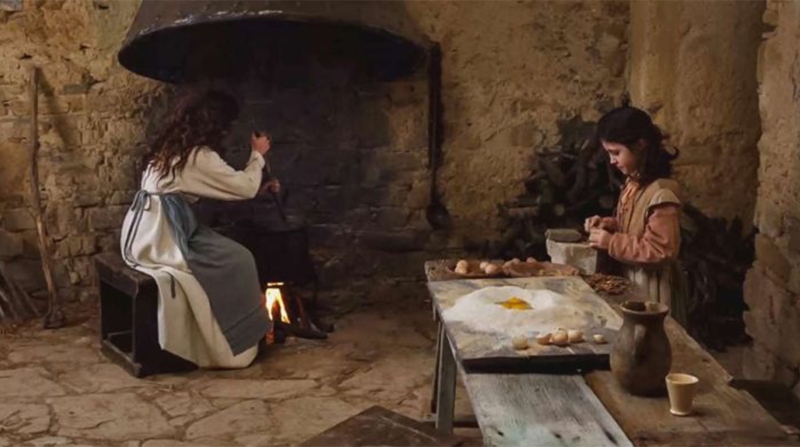 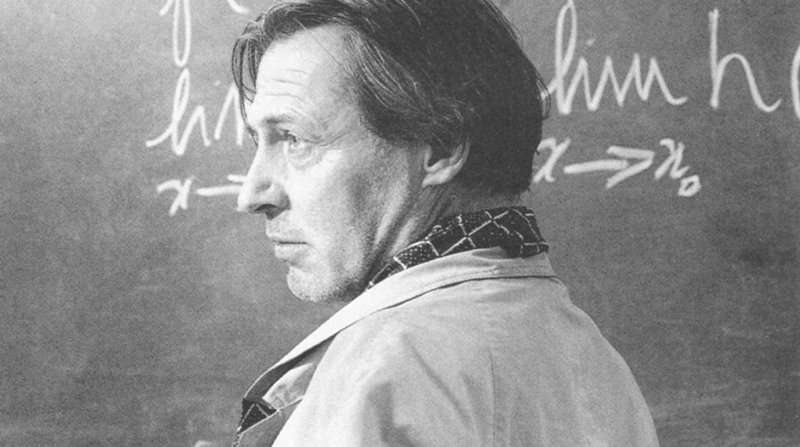 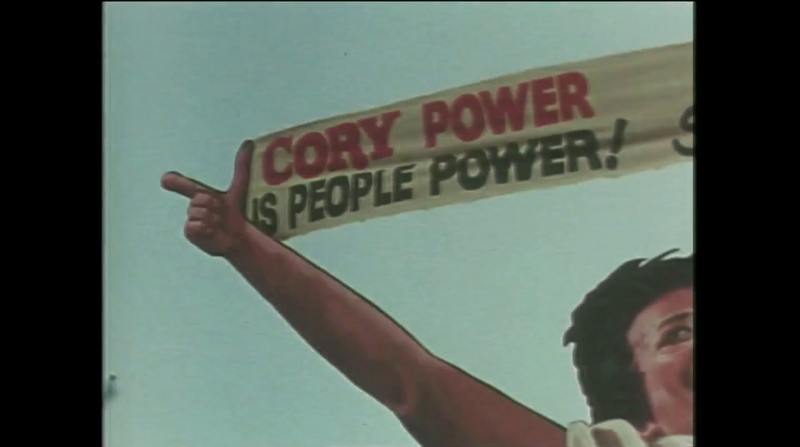 23 June
Teatro Sperimentale - Sala Pasolini
Lessons in Film History
Kidlat Tahimik
Why is Yellow at the Middle of the Rainbow?
Filippine 1994 , 175'