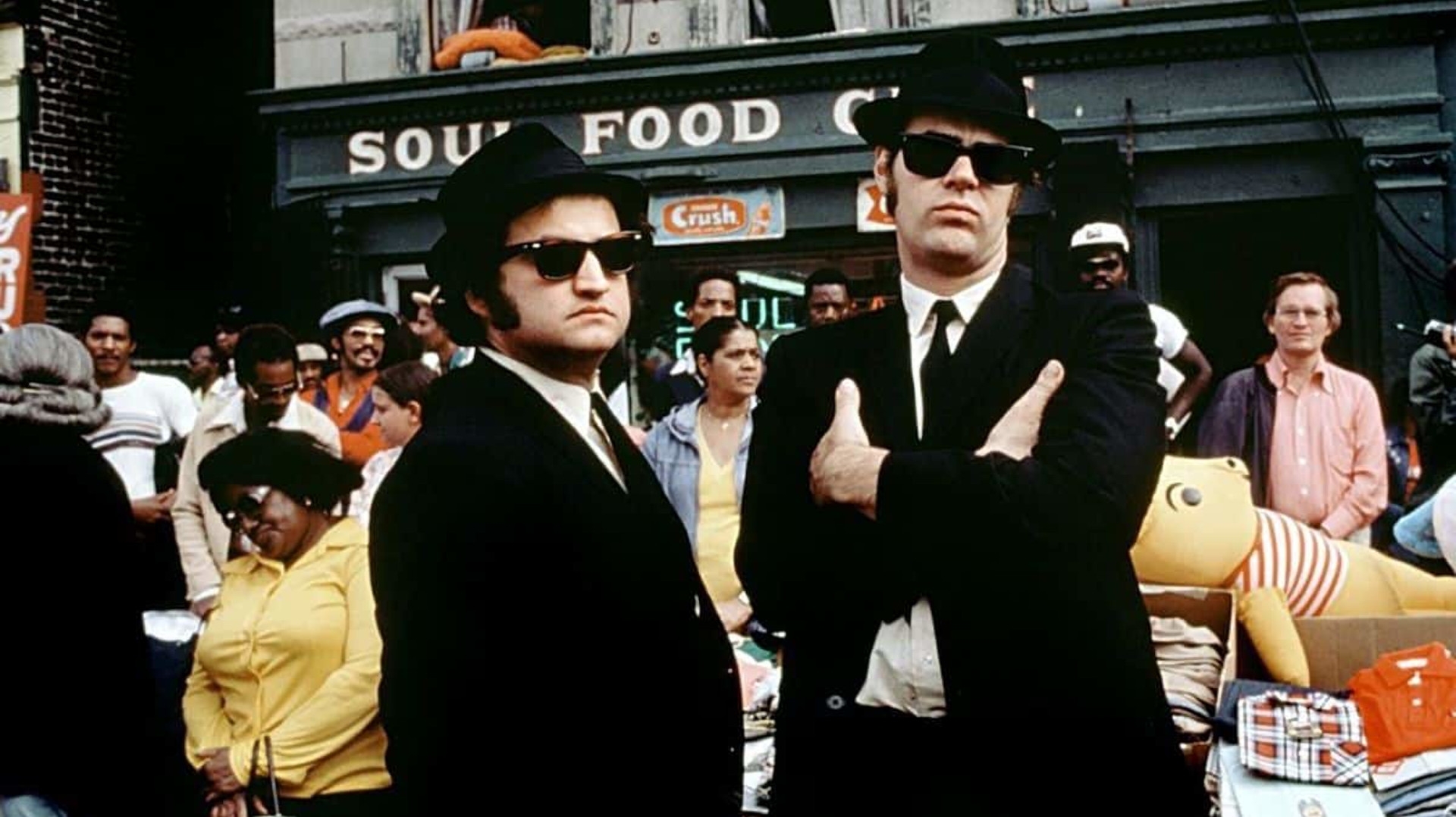 The Blues Brothers could easily declare “My First Forty Years.” John Landis’s legendary movie is actually one of those exemplary cases of films poorly received by critics at the time of their release (see the NewYork Timesreview,where according to Janet Maslin the film director “manages to fill [the movie] with senseless extra shots, distracting editing, views of virtually everything from too many angles.”) But then the film slowly but relentlessly gained ground, becoming not only a milestone cinema-wise, but also in terms of general culture making part and parcel of the personal intellectual background of the viewers who bumped into it, generation after generation.

Several characteristics contributed to making it so seminal: the proverbial surreal comedy of the two leading actors, John Belushi and Dan Aykroyd – the duo of musicians/stand-up comedians from Saturday Night Live, that in a sense found a spinoff in the film – who proposed a revival of Black soul music (see the acclaimed scene of the waitress in the diner, aka Aretha Franklin for the first time in a movie role, not to mention the cameos of James Brown/Reverend Cleophus James, Cab Calloway(!)/janitor, Chaka Khan/choirsinger, Ray Charles/record-store manager). Add the subversive potential of the institutional and cultural criticism embedded in the film – the actual and lasting key to Landis’s movie, that operates on all these levels – and a possibly minor aspect from a European point of view, i.e., a unique portrait of Chicago, with Jake and Elwood racing from place to place on board their Bluesmobile. Last but not least, with his black suit, hat, and Wayfarer glasses always on, John Belushi was captured here just some time before dying (he managed to act in Neighbors and then just another, completely different kind of role in The Continental Divide), but at least histeenage dream of being a singing star had come true. Unfortunately,“I had a flat tire. I didn't have enough money for cab fare.

My tux didn't come back from the cleaners. An old friend came in from out of town. Someone stole my car. There was an earthquake. A terrible flood. Locusts!”