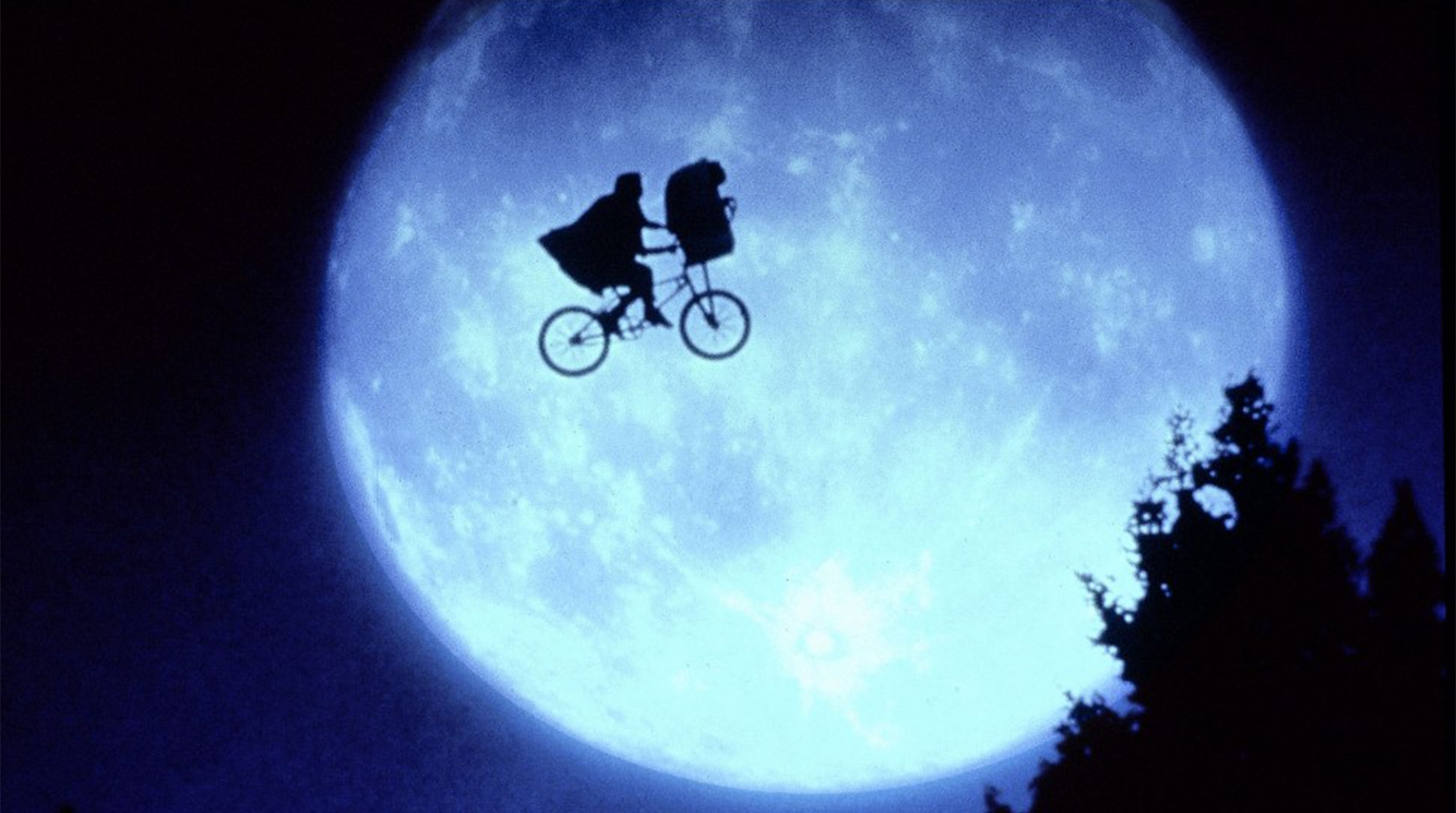 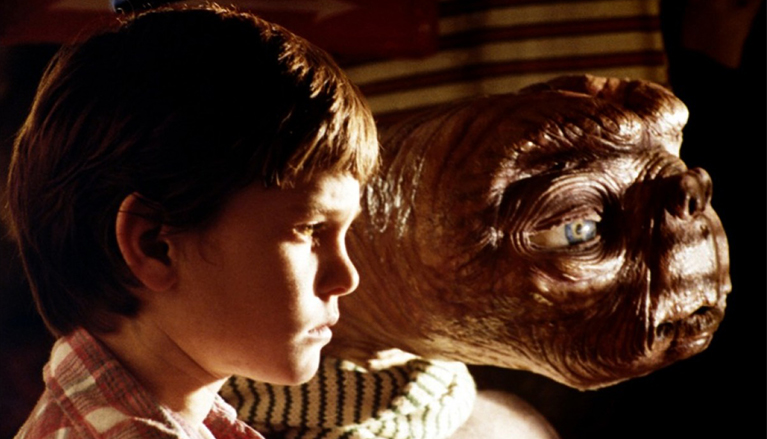 [Thanks to Universal Pictures Home Entertainment for the copy]

Spielberg's description of E.T. as “a very personal story about the divorce of my parents, how I felt when parents broke up” helps account for his film's extraordinary ability to touch deep emotional chords in the mass audience.
By the early 1980s, divorce and single-parent families were becoming the norm in America. The 1950s model of the ideal nuclear family survived largely on sitcoms and in Disney movies. As Daily Variety critic Art Murphy observed at the time, one of the reasons E.T. succeeded while Disney films were failing was that Spielberg was willing to acknowledge the harsh reality of divorce and incorporated it into a fantasy. Disney’s misguided executives, on the other hand, were trying to replicate the kind of movies their founder had made in the fifties. What they failed to understand, in Murphy's view, was that if Walt Disney himself were still alive, he would have changed with the times. The reason Spielberg and Disney became such enormously popular artists was that they were such representative figures, their personal obsessions coinciding with major underlying currents in their society.
As a child of divorce and suburban anomie, Spielberg grew up learning not to idealise family life. But in the emotional void left by his family's dissolution, he could not help yearning for substitute father figure. In his adulthood, that led him to seek father/mentors in such powerful figures as Sheinberg and Time Warner's Steve Ross. It was an emotional need that loomed large in Spielberg’s conception of E.T. “When I was a kid”, he recalled, “I used to imagine strange creatures lurking outside my bedroom window, and I’d wish that they’d come into my life and magically change it.“ […] The absent father and the childishly vulnerable scatter-brained mother are the reflection (albeit somewhat exaggerated) of Spielberg’s ambivalent feelings about his own parents. The wise and wizened E.T. takes the emotional place of Elliott’s father, while Elliot, in a touching reversal of roles, serves as the protector of the homesick little creature, trying to keep him safe from the world of adults.
[…] Spielberg fascination with outer space again provides him with an alluring visual metaphor for escape from an intolerable family situation. But there is an important difference between the ways the protagonists deal with space creatures in E.T. and Close Encounters. While Roy Neary was perfectly willing to leave wife and children behind to sail off into space, Elliot finally is unwilling to abandon his family to go off with E.T. In part this is because he's not a grown man, desperate to escape a dead-end marriage, but a child with strong emotional ties to his mother and siblings. While acknowledging the bitter aftereffects of divorce, E.T. also reflects a growing recognition by Spielberg on the importance of family responsibility.
[…] E.T. marked the first time in Spielberg’s career in feature films that he decided to do without storyboards (except for the shots involving special effects). For a director accustomed to elaborate preplanning, that was the creative equivalent of working without a net. “I decided that storyboards might smother the spontaneous reaction that young children might have to a sequence,“ he explained “so I purposely didn't do any storyboards and just came onto the set and winged it every day and made the movie as close to my own sensibilities and instincts as I possibly could.“
[…] [Allen] Daviau's delicately lyrical lighting for E.T. proved crucial to the film's success. As the cameraman puts it, “I remember saying from the very beginning when I read the script, ‘It's got to be so real. The whole world around has got to be absolutely realistic, so that the magic that happens isn't hockey, so that the whole thing isn't intentionally magical. The magic comes out of this incredible situation.‘” […] Daviau's photographic magic convinced the audience that Rambaldi’s alien creature was not made of plastic and rubber. “E.T. could not only look sad, but it could look curiously sad, “ Spielberg marveled. “Not by the way we controlled E.T. mechanically, but by the way Allen shifted light. “
Joseph McBride, Steven Spielberg – A Biography, Faber & Faber, 2012

While we [Roger Ebert’s two grandchildren, ten years after E.T.’s first release] were watching, I realized how right you were to ask that question. The whole movie is based on what moviemakers call "point of view." Almost every single important shot is seen either as E.T. would see it, or as Elliott would see it. And things are understood as they would understand them. There aren't any crucial moments where the camera pulls back and seems to be a grownup. We're usually looking at things through a child's eye--or an alien's.
When Elliott and E.T. see each other for the first time, they both jump back in fright and surprise, and let out yelps. We see each of them from the other's point of view. When the camera stands back to show a whole scene, it avoids showing it through adult eyes. There's a moment, for example, when Elliott's mom is moving around doing some housework, and never realizes that E.T. is scurrying around the room just out of her line of sight. The camera stays back away from her. We don't see her looking this way and that, because it's not about which way she's looking.
[…] And then I thought, the fact that you knew that was a sign of how well Steven Spielberg made his movie. At 4, you are a little young to understand "point of view,'' but you are old enough to react to one. For the whole movie, you'd been seeing almost everything through the eyes of E.T. or Elliott. By the last moments, you were identifying with E.T.
Roger Ebert, E.T. The Extra-Terrestrial, September 14, 1992 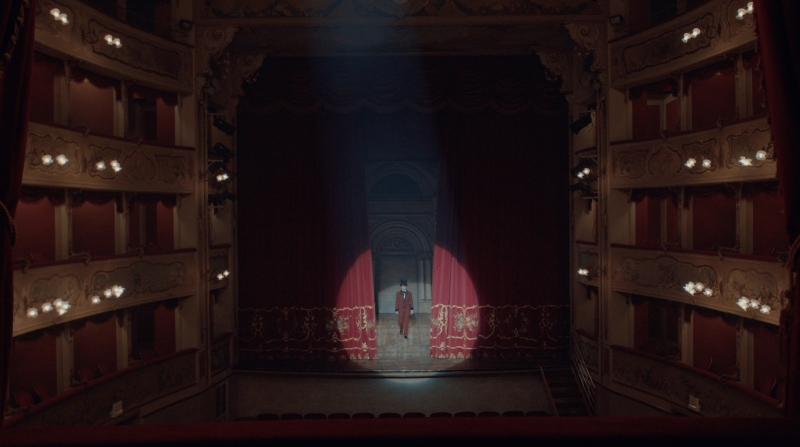 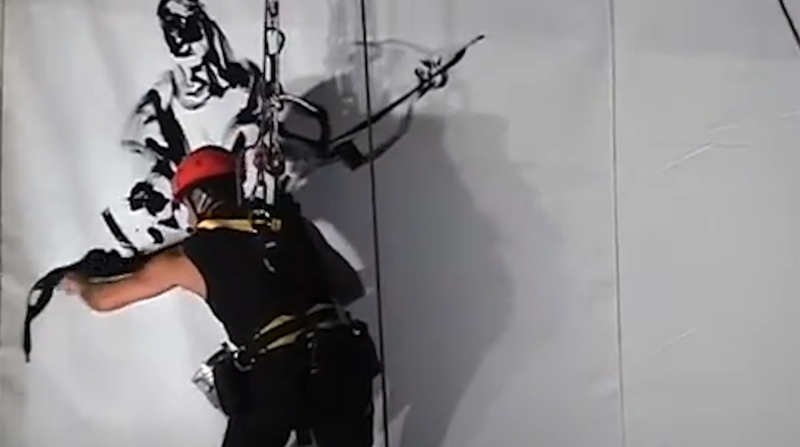 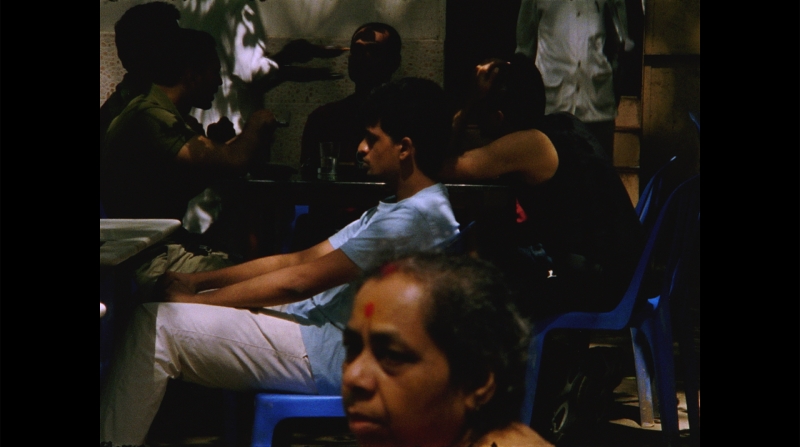