A beacon (of cinema) in the night: Michele Bernardi designs the poster of the 57 th Pesaro Film Festival 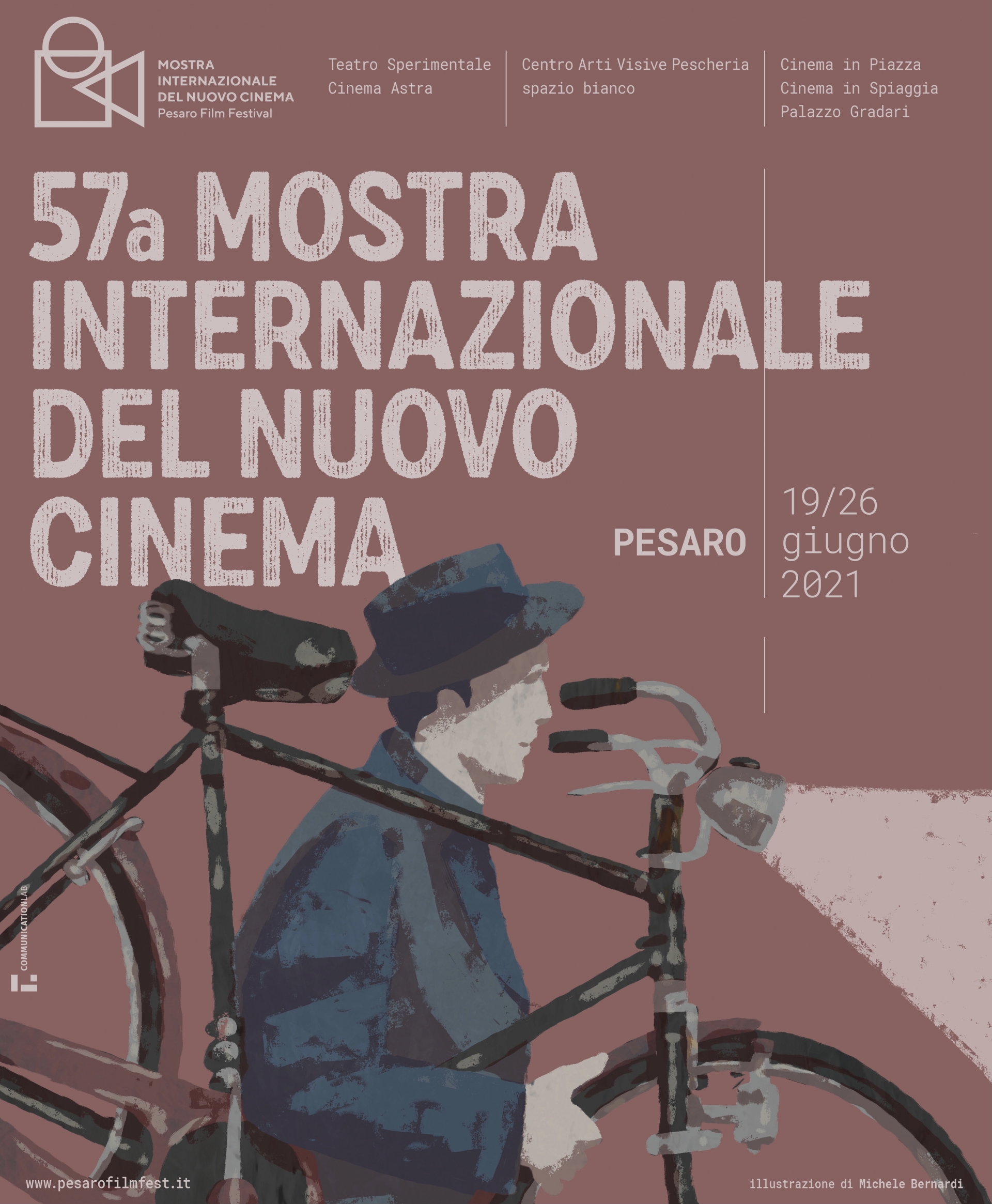 A beacon (of cinema) in the night, a ray of hope on a complex present: this is how we wish to interpret the poster designed by Michele Bernardi for the 57 th Pesaro Film Festival that will take place 19 through 26 June 2021.

The section Best in Shorts of this edition dedicates its retrospectives to Magda Guidi and to Michele Bernardi, who has designed an image that, just like the opening theme made by Donato Sansone, pays homage to cinema and its power of creating images. The artist, who has elaborated on a famous scene from Vittorio De Sica’s Bicycle Thieves, explains: “The character seems to be holding the bicycle like a camera, on his shoulder, while the light cast by the bicycle headlight recalls that of a film projector. Moreover, its beam continues off screen, leaving room to imagination”.
Bernardi has relied on digital painting, similar to the technique he uses in his animations to transport the viewers in a different time and space. This, in a moment of history in which the need of a way out, of an ‘other’ space, seems even more vital and therefore cinema can represent a lifeline.

An eclectic animator and cartoonist, Michele Bernardi spent his formative years, at the turn of the seventies, alongside masters such as Altan and Osvaldo Cavandoli, for whom he collaborated on the historic series Pimpa and La Linea. Those were the last years of film stock, moviola, 35mm, gel, and acrylic colours that would smell like mould. In 1998 he began to make animated music videos, creating a fruitful partnership with Davide Toffolo of Tre Allegri Ragazzi Morti. From then on, he has made over fifty music videos for some of the most important figures of the Italian indie scene, including Le luci della centrale elettrica, Colapesce, The Zen Circus, Pacifico, and Umaan. At the same time, he has been working commercially for prestigious Italian and international brands, from Barilla to Nestlé. After the video Non mi manca niente for Tre Allegri Ragazzi Morti, in 2008 he made his first film conceived all by himself, Tinnitus, divided in two parts, followed in 2010 by Senza testa. With his works he has participated to the most important animation festivals – from Annecy to Anima Mundi – and garnered several international awards, first with Djuma (2012), then with Lost in Emotions (2015), and last with Silver Ribbon-nominee Mercurio (2018), whose making lasted four years.