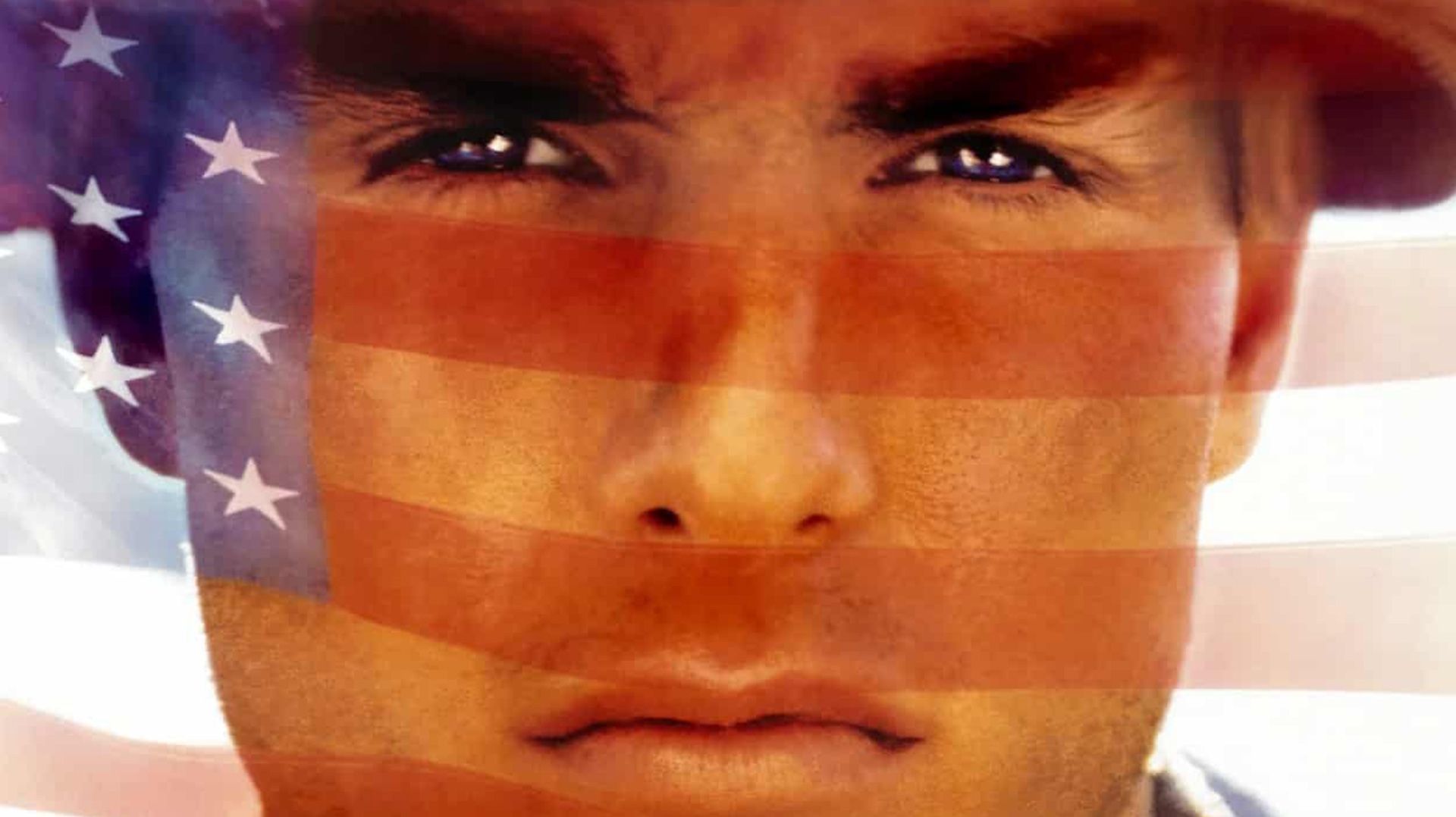 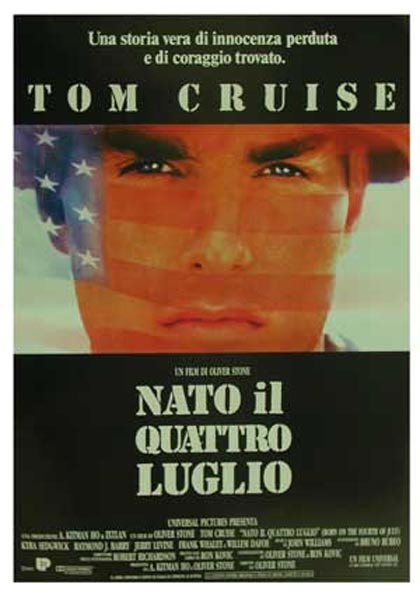 NATO IL QUATTRO LUGLIO (BORN ON THE FOURTH OF JULY)

Oliver Stone’s Born on the Fourth of July unfurls itself with an ambitious flourish, like a stirring, patriotic anthem. It’s his Main Street symphony, and in every frame, you feel his passion to make a grandiose social statement, to unload the movie equivalent of the Great American Novel and to define our age. In every frame you feel him emptying out his heart and soul. [...] This is not new territory for Stone. The film could almost be called “Platoon, Part Two”; it establishes the social and political context that led to Vietnam, plus its thundering aftershocks. [... The] opening scenes — which are set in Kovic’s hometown of Massapequa, N.Y. — are loaded with farm-fresh normalcy. But the camera-flexing, emphatic style that Stone uses gives them a kind of spooky burn. Stone, of course, can’t help signaling that this all-American existence is going to turn into a horror show.

The techniques he employs, in fact, are those of horror movies. When the scene shifts to Vietnam and Kovic and his unit mistakenly fire on a village of women and children, Stone and his cine- matographer Robert Richardson give the carnage a maddened frenzy. He makes sure the scream- ing baby sprawled next to its dead mother is burned into our minds and locks us inside the young soldier’s confused thought processes as, struggling with the blinding sun and the chaos of mov- ing bodies, he kills one of his own men. This is the film’s pivotal moment, and it’s shot with a sear- ing dynamism. (Hal Hinson, Washington Post, January 05, 1990) 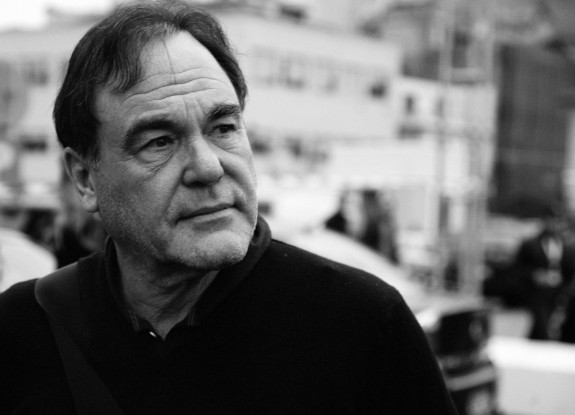 A master of controversial subjects, and a film director who, despite his failures, has always re- turned to success, Oliver Stone dropped out of Yale University and became a soldier in the Viet- nam War, where he distinguished himself for his actions. 1986 was the year that brought him fame with Salvador, soon followed by the iconic Platoon and a fortunate series of masterpieces starring the major Hollywood actors, including Wall Street, Born on the Fourth of July, The Doors, JFK, Natural Born Killers, Nixon, U Turn, Any Given Sunday, World Trade Center, and the later Snowden. Aside from directing, Stone has worked as a producer on several different films. As far as his work in TV goes, he made a series of interviews with Russian leader Putin, and wrote the autobiography Chasing the light whose Italian edition premieres in Pesaro.