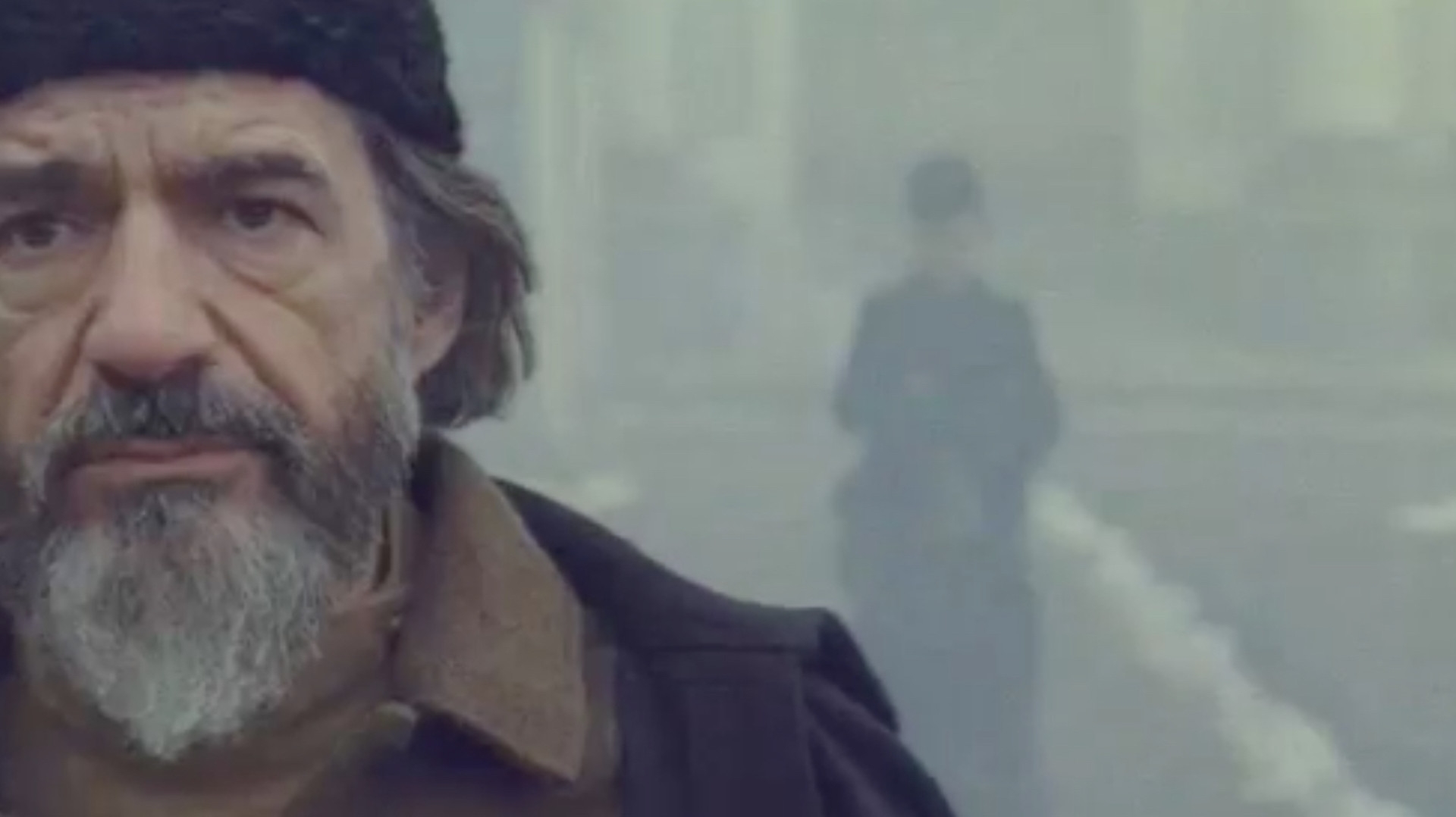 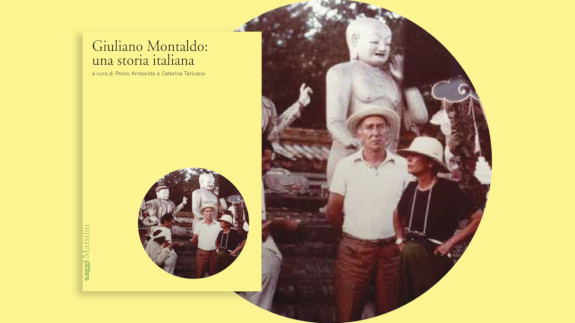 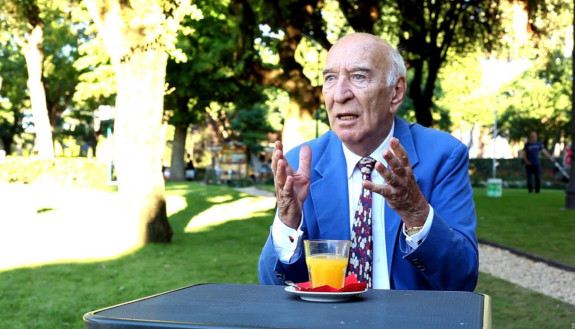 To celebrate the 55th anniversary of the Pesaro Film Festival, we thought we should revive one of the many ideas conceived by the Festival founders, Lino Miccichè and Bruno Torri. This was the Special Event that, since 1988, has been dedicated to the masters of Italian cinema, from Vittorio De Sica to Vittorio Gassman, from Mario Monicelli to Ettore Scola, from Dario Argento to Marco Bellocchio, from Paolo and Vittorio Taviani to Nanni Moretti, from Bernardo Bertolucci to Marco Ferreri, from Luigi Comencini to Alberto Lattuada, from Ermanno Olmi to Carlo Lizzani. Precisely remembering the latter one, we realized that a piece was missing from this wonderful mosaic. Therefore, in this historic year, and considering that his was a round-figure anniversary, we decided to dedicate the special event to 90-year-old Giuliano Montaldo and his cinema in order to go back not only to his films but also his extraordinary existence as creator of social imaginaries. For this reason, in the book that accompanies this retrospective – Giuliano Montaldo: una storia italiana, published by Marsilio in the Nuovo Cinema collection – the film reviews are written by a young generation of scholars to test if his works have endured time. To go back on this film director is also to treasure past history, and learn from it.

In a moment in which a reflection is being conducted on new technologies, innovation, the relationship with the audience, and the capacity of Italian cinema to be seen abroad, we feel like Montaldo – who was a pioneer in the use of high-definition television when the latter seemed like science fiction, who directed films that went all over the world and interested the most varied audiences,who managed to direct the big names of Italian and international cinema in a personal way – is an example of film director who still has much to teach. Few filmmakers have had, like Montaldo did, the ability to represent the complexity of Italian cinema of the second half of the 20th century. In fact, in the filmography of the Genoese film director many elements can be found that contributed to that rich, articulate, and surprising season of Italian cinema. It includes works of great civil commitment that earned international acknowledgments and success with the audience, but also brave films that were initially a bit snubbed, including by critics. Then there are the films that experimented with new techniques, alongside others (at times made under a pseudonym) that belong in more explicitly popular genres; films destined for the big screen, and those made for television.

And it is not over, because Montaldo did manage to be a politically committed film director, but also an open-minded, long-sighted president of Rai Cinema, the state TV production company that he conceived and founded. The coexistence of these factors is not a coincidence: in fact, Italian cinema in its golden season managed to harmonize everything and the opposite of everything, experimentation and genre films, the use of big actors and powerful means with small budget productions that, however, deeply marked film history and the relationship with the audience. Above all, this was a profoundly national film industry that managed to create products for the international market and audiences:when over three hundred films every year were produced in Italy, they were almost automatically exported all over the world, and were in a position to generate an unparalleled (cultural but also economic) wealth. Montaldo can be considered as the flagship of this proactive cinema with a high entertainment value, making films that could fight important battles but also intercept the tastes of audiences at home and abroad. The cunning and ironic attitude that transpires in all his interviews, in his statements, and in the way of playing the role of public figure is a trait in common with a select group of people who have contributed to the relevance of Italian cinema. Not by chance were some of these his own friends, companions of adventure, such as Carlo Lizzani – the film director/historian/festival director who had helped a very young Montaldo make his debut on the silver screen – who went on to direct many films,write important critical essays, and, last but not least, refound the Venice Film Festival when it seemed doomed; or Elio Petri, whom he met at the beginning of his career too, and became the companion of one of his most amusing and unexpected enterprises. Not to mention Gillo Pontecorvo, the film director who directed few films but managed to become a careful festival director, or Gian Maria Volonté, the actor par excellence, who probably gave the best of himself with Petri and Montaldo in a career marked by a difficult temperament but rich in memorable roles. Another fundamental collaboration was that with Ennio Morricone, which is lesser known than that with Sergio Leone but much more extensive; in fact, it acquired more weight film after film, for Montaldo gradually gave Morricone a larger role. Montaldo showed great consistency in choosing his stories.

Whether he dealt with important historical reconstructions or contemporary subjects, the Genoese film-maker’s aim was always to depict intolerance as the real cancer in the relationships between human beings. Intolerance not as a category of the spirit but as a concrete factor rooted in history, economy, and society, which were punctually analysed throughout the fictional representations. And then, he was a very good actor himself, as he proved to be early in his career but also in his recent acting with Nanni Moretti and Francesco Bruni. With the latter film, he earned an important prize, the David di Donatello for best actor in a supporting role. The point is, he learned a lot from the actors who worked in his films, as can be read in the interviews of the above-mentioned book. Montaldo himself has elaborated on his work with his actors, and if we piece everything together, then a culturally relevant picture comes out, revealing the secrets of filmmaking and methodology of the director/actor relationship. Like all the great names of Italian cinema, Giuliano Montaldo has made a seminal work. His classes at the Centro Sperimentale di Cinematografia have become legendary, still prompting enthusiastic comments by those who attended them and are now occupying important positions in the Italian film industry. The policy that he deployed for Rai Cinema helped make so many films that wouldn’t have seen the light if it weren’t for him. The generosity with which he has answered to all those (especially young) who asked him for advice, submitted projects, organized events is well-known among the Italian film people. He has also contributed substantially to the dissemination of film history with his introductions to restored films, be his or others’, and his – never banal, never fortuitous – participations in scientific conferences. Much of the Renaissance workshop is to be found in the work of Giuliano Montaldo.

In his filmography there is a recurring name, Vera Pescarolo Montaldo, the elegant lady of the film industry who has shared almost all the career with him. Together, Giuliano and Vera make up a legendary couple, a force of nature: at the same time, they prove how the Montaldo workstyle is not based on role standardising but on constant exchange and dialectic improvement. Montaldo is able to respect the budgets and never exceeds the schedules, but he also needs to be able to work with those that he chooses: exactly like the artisans of the Italian Renaissance used to do.