THE 58TH PESARO FILM FESTIVAL PROGRAMME IS OUT! 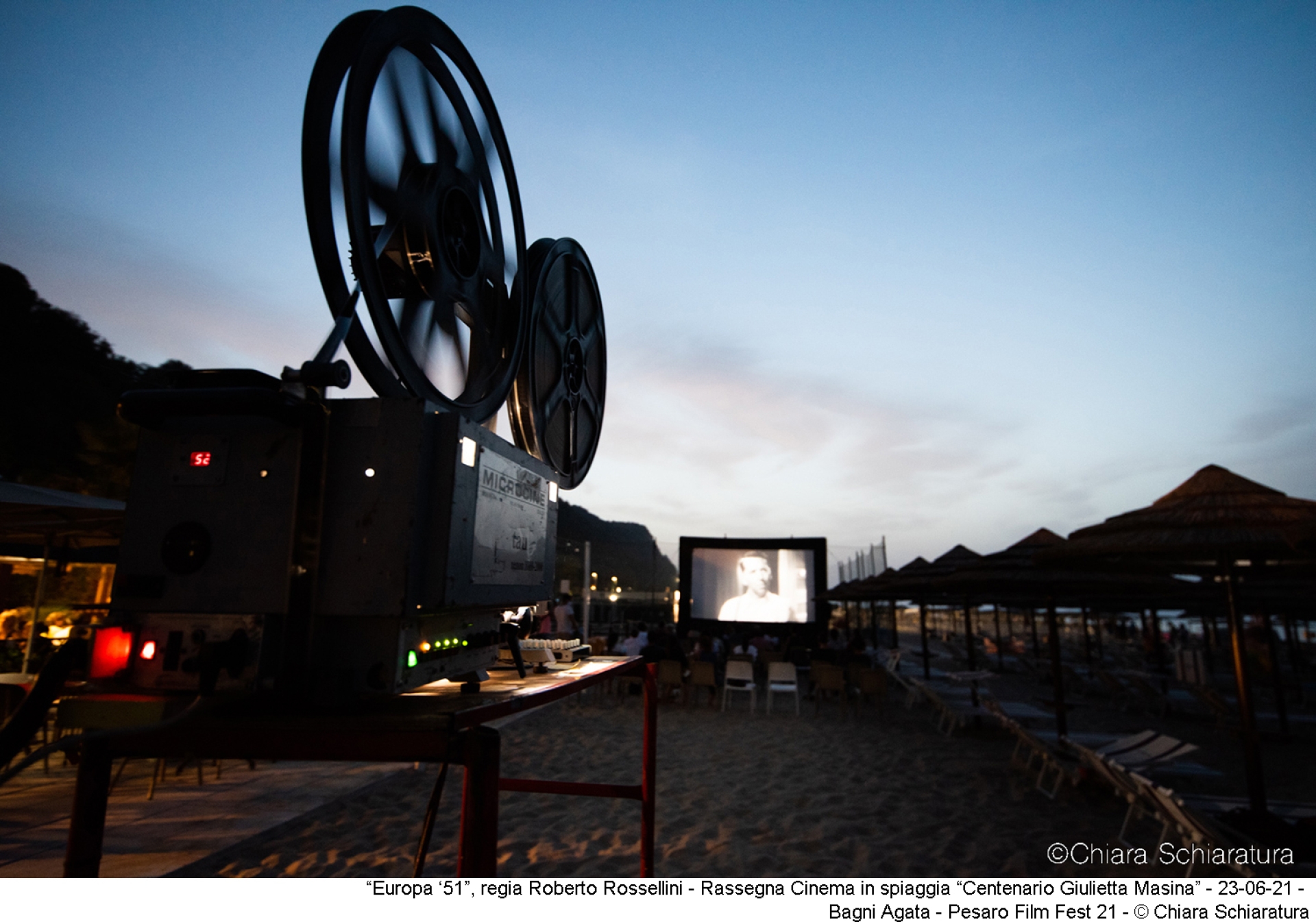 The lifeblood of the film festival directed by Pedro Armocida is the International Competition. Three distinct juries will examine the films in competition and declare the respective winners. They will also award other prestigious prizes, such as the Lino Miccichè Award for young film critics and the best video essay in the (Re)Edit Competition.

The 58th Pesaro Film Festival opener is Steven Spielberg’s E.T. The Extra-Terrestrial. The restored film will screen, under the aegis of the Fondazione Carlo Rambaldi, on the 40th anniversary of its theatrical release in the spectacular venue of Piazza del Popolo. The latter will also host the screenings of Pasolini, in the presence of film director Abel Ferrara, of the Italian premiere of Quentin Dupieux’s Incredible but True, of the restored version of Seven Beauties in the presence of Giancarlo Giannini, and the Emergency event Dark Side of The Noon, just to name a few.

The Special Event of Italian cinema, organized alongside the Fondazione Centro Sperimentale di Cinematografia - Cineteca Nazionale, is focused on the cinema of Mario Martone, showing all his films that were released in theatres including his restored debut film, Death of a Neapolitan Mathematician, the episode La salita for the first time on film, and his ten-hour Film Flusso at the spazio bianco gallery. The presentation of the book published by Marsilio Mario Martone. Il cinema e i film in the presence of the film director completes this Special Event.

It’s not all about movies: music will play a major role. On June 21st, World Music Day, we celebrate Riz Ortolani with a concert in collaboration with the Conservatorio Rossini. On top of this, the Wall of Sound dedicated to Zagor Camillas will play its visual music, along with the new competitive section dedicated to music videos.

This rich edition of the Festival will pay tribute to figures such as Jonas Mekas, Mario Lodi, and Monica Vitti, including celebrations of the 100th anniversaries of actors and directors like Vittorio Gassman, Pier Paolo Pasolini, Ugo Tognazzi, Luciano Salce, and Damiano Damiani. Selected works on 35mm film for the new section La vela incantata/The Magic Screen will be projected on a large screen by the sea, in collaboration with the Fondazione Centro Sperimentale di Cinematografia - Cineteca Nazionale.

Several retrospective focuses will reveal the films of Claudia Muratori, Anna Marziano, Salvi Vivancos, Riccardo Giacconi, and Luca Lumaca. An important space for reflection will also be devoted to the theme of disability along with the Eleanor Project.

Launched last year, PFF Circus is like a festival-within-the-festival conceived for the little ones, with Italian premieres of animated films and theme workshops.

Last but not least, the educational aspect of the Festival finds an expression through the Lessons in Film History (with three programmes on post-colonial cinema), the participation in the initiative La scuola allo schermo in collaboration with INDIRE, the online cinema project, and the round table with CNA Cinema Marche, Fondazione Marche Cultura, Marche Film Commission, and Senator Francesco Verducci.

Several meetings, round tables, and talks with the filmmakers will take place every morning In one of the most prestigious contemporary art venues in Pesaro, the Pescheria.

The meetings will stream live on the Festival's channels.

All information on events hours and venues will soon be available in the programme section on the website www.pesarofilmfest.it; updates and news will also be posted on the Festival’s official social media: Facebook, Instagram, Twitter.