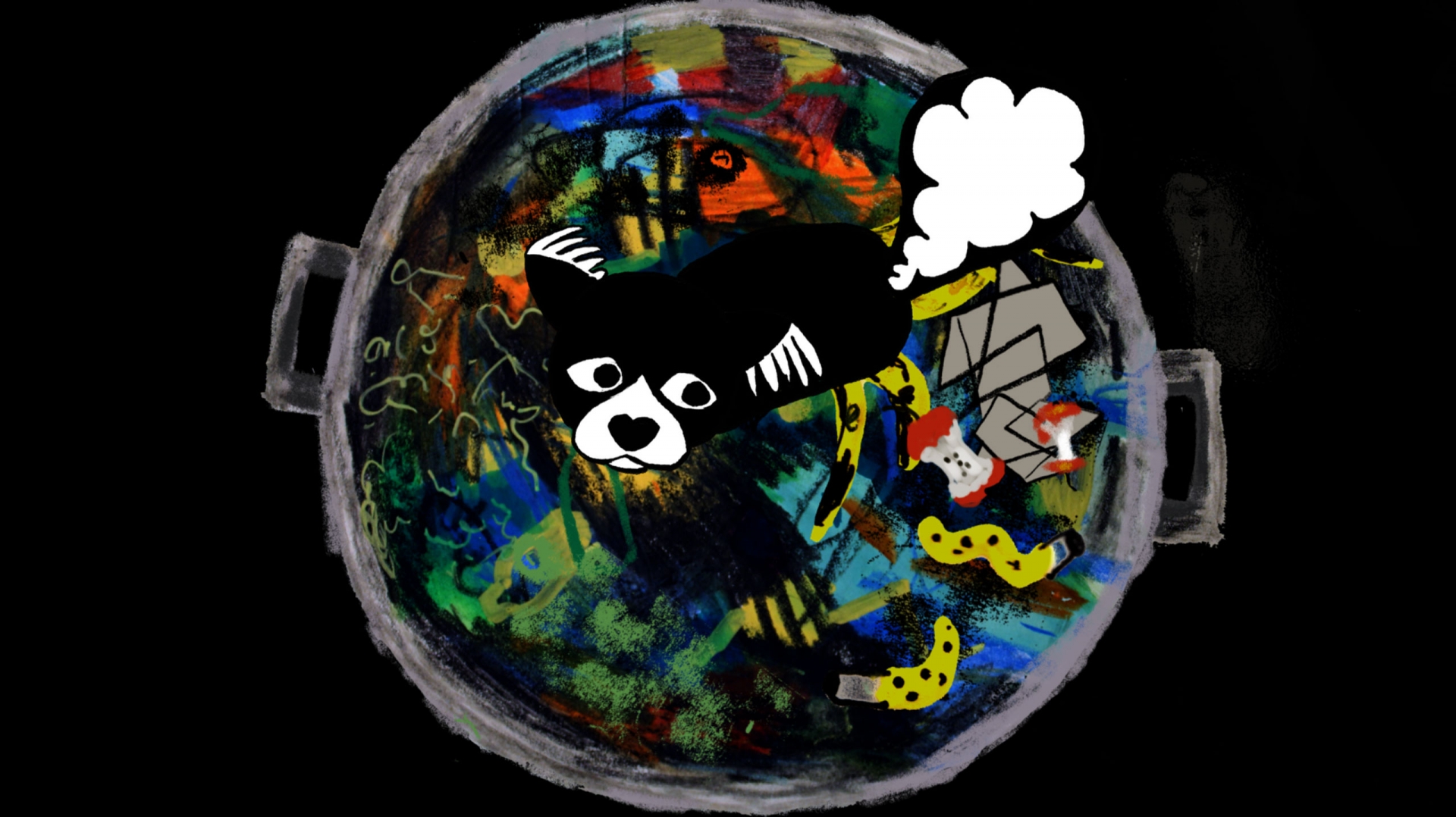 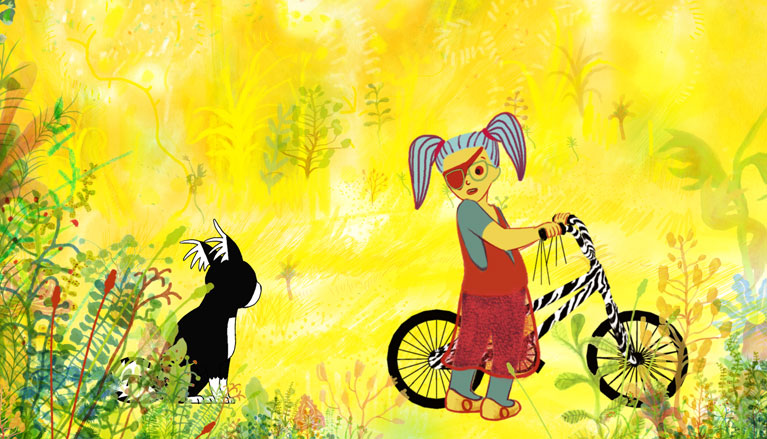 Victim of an accident, a small female dog with a heart-shaped nose remembers her different masters she has unconditionally loved throughout her adventurous life.  With her unfailing empathy, Marona has brought lightness and innocence in each of the homes she has lived in.

Anca Damian (Romania 1962) studied at the Academy of Theatre and Film Arts in Bucharest. She was a cinematographer before writing, producing, and directing her debut feature in 2008, Crossing Dates, followed by Crulic - The Path to Beyond that premiered in Locarno in 2011. In 2018, she directed a live action feature, Moon Hotel Kabul, and a short animated feature, The Call.

“Cinema is a merry-go-round,” said Georges Méliès, and, speaking of the latter’s phantasmagorias, Antonio Costa wrote “Cinema is like a big toy.” Marco Ferreri, in his last film, Nitrate Base, staged a ‘primitive’ picture house, i.e. a circus tent accommodating a projection screen and, instead of the seats, as many rocking horses.

Merry-go-rounds, toys, and circus tents have always rightfully belonged to the world of the little ones.

Marco Ferreri was indeed a fantastic discovery for me at the Pesaro Film Festival in 1995. Dillinger Is Dead was a revelation: a reborn man who discovers ‘trivial’ objects as if they were treasures, a series of objets trouvés in a search reminiscent of Pippi Longstocking, the Thing-Finder.

An intersection of past and present to depict cinema as a game, a never-ending experiment, and a great passion: the name Pesaro Film Festival Circus is both a tribute to these masters and a declaration of intent. You can, and must play with cinema!

The new section of the Pesaro Film Festival intends to open a little window onto the cinema for kids that is also a gaze onto the future, focusing on those young viewers who will want to and be curious to get in a small dedicated screening room and in a big workshop space.

The films selected are those which most suffered from the lack of movie theatres for a suitable first-run presentation, but also films outside the mainstream circuits. This year, even the Pixar creatives were greatly disappointed with important titles that, because of the pandemic, were presented in digital platforms instead of movie theatres. So these are the titles: Rémi Chayé’s Calamity, A Childhood of Martha Jane Cannary, Jean-François Laguionie and Xavier Picard’s The Prince’s Voyage, Gints Zilbalodis’ Away, Keiichi Hara’s The Wonderland, Anca Damian’s Marona’s Fantastic Tale, and a selection of shorts made by Italian film-makers.

Besides the screenings, Pesaro Film Festival Circus proposes three workshops to let the children ‘have a finger in the pie’, conducted by Saul Saguatti, Michele Bernardi, and Studio Croma. Quoting Mario Lodi, “Children also need to be behind the camera in order to understand how the magic of cinema is made but, above all, to make some of their own, even more awesome.”