All about the awards of the 57th Pesaro Film Festival 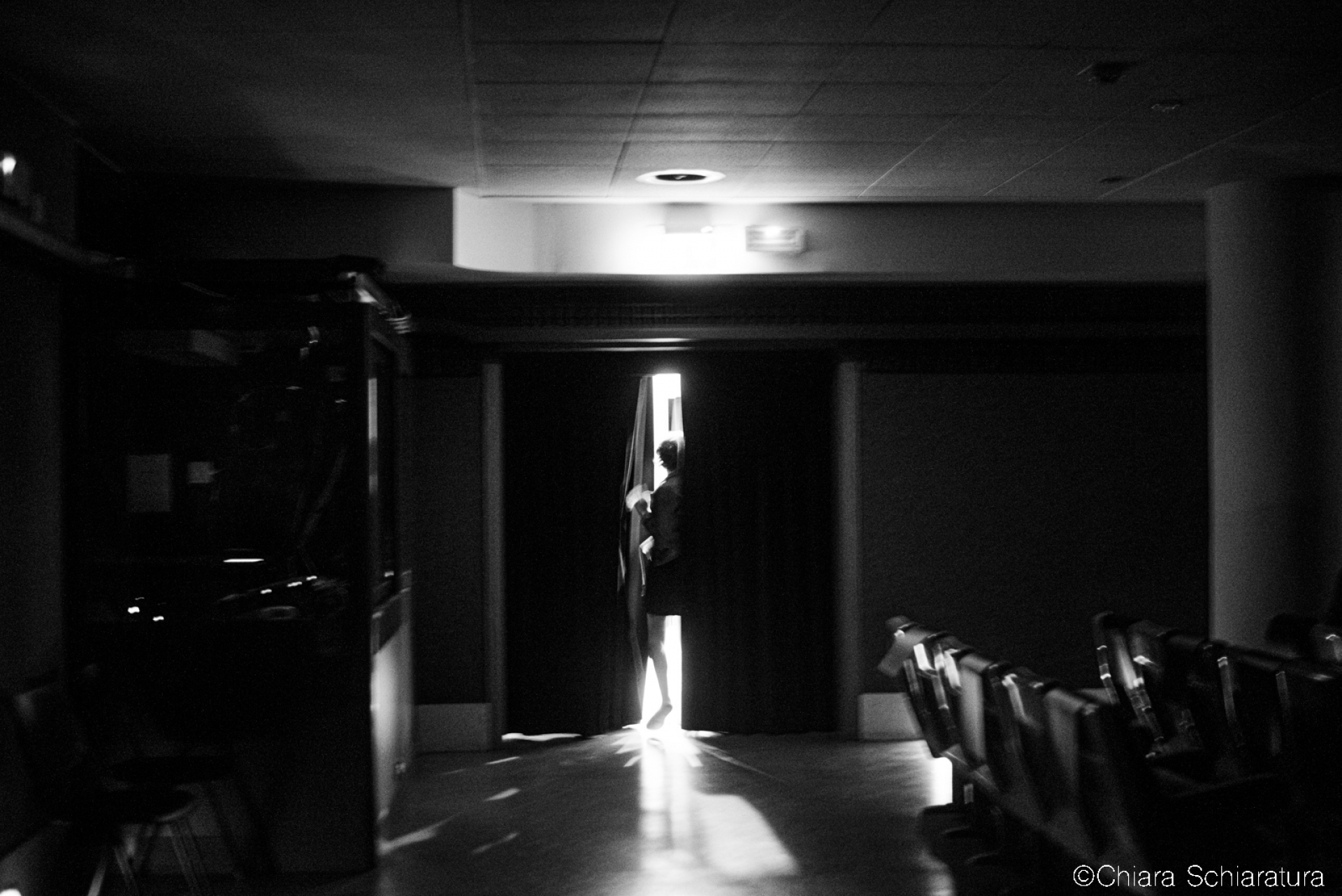 LUIZA GONÇALVES’S A BANANA TREE IS NO COINCIDENCE WINS THE LINO MICCICHE’ AWARD FOR BEST FILM IN THE COMPETITION “PESARO NUOVO CINEMA”.

THREE SPECIAL MENTIONS WERE ASSIGNED TO: ALEXANDRE KOBERIDZE’S WHAT DO WE SEE WHEN WE LOOK AT THE SKY?(PROFESSIONAL JURY), MOUAAD EL SALEM’S THIS DAY WON’T LAST, AND ERYK ROCHA’S EDNA (JURY OF STUDENTS)

THE AUDIENCE AWARD GOES TO ADRIANO VALERIO’S THE NIGHTWALK

The 57th Pesaro Film Festival is now over. This unique, exceptional edition closed down with the award ceremony presented by Miriam Galanti in Piazza del Popolo and the screening of the closing film, i.e., the world premiere of the integral and restored version of Beyond Good and Evil to crown the Special Event dedicated to Liliana Cavani.

Read all about the awards, special mentions, and motivations below:

This year too, the Competition “Pesaro Nuovo Cinema” was open to works of all genres and formats, from feature-length films to shorts made by first-time directors or well-known film-makers, for a total of 16 films in competition. The Jury, composed of film editor and director Walter Fasano, actor and director Edoardo Gabbriellini, and writer Eleonora Marangoni, gave the Lino Miccichè Award for best film in competition to:

Luiza Gonçalves’s A BANANA TREE IS NO COINCIDENCE

The very young Argentinean film director from Buenos Aires Luiza Gonçalves (born 1997), who moved to New York, is currently working on her debut feature. Using a documentary approach, digital manipulation, and figure drawing, she managed to make an amusing, but also layered and complex, repartee that is kick-started by a mundane question, why are banana trees grown in San Sebastian, the world-famous tourist resort in Spain? A Banana Tree Is No Coincidence was awarded with the following motivation:

“Because it tells a both delicate and meaningful story with great expressive capacity, gracefulness, and irony. A short, but dynamic and generous film.”

The professional jury also decided to assign the SPECIAL MENTION for a Competition film to:

Alexandre Koberidze’s WHAT DO WE SEE WHEN WE LOOK AT THE SKY?

The second feature made by Georgian film director Alexandre Koberidze who now lives in Germany is a modern-day fairy tale where the supernatural blends seamlessly with a subdued description of daily life to tell the love story of a pharmacist and a soccer player who try to (re)meet and end up by (re)discovering the world with a fresh gaze on the notes of a popular Italian song. The film is going to be distributed by Mubi. WHAT DO WE SEE WHEN WE LOOK AT THE SKY? won the Special Mention with the following motivation:

“For the revelatory power of its gaze and the simple, yet compelling invitation to find the extraordinary in everyday life.”

A Jury of Students coordinated by Pierpaolo De Sanctis and made up of twenty-two young critics from various Italian universities and film schools was called on to present its award to one of the Competition films. According the Jury of Students, the winner is:

In this experimental work, the young Chines artist and film-maker residing in Paris reflects on the experience of not being able to see the world with depth perception by way of abstract storytelling and minimal music. Her film is composed of the “satisfying videos” that swarm on the internet. She earned the prize:

“For the strength of its heaving, violent, and hypnotic motion that manages to plunge us into a world where the human component blends with the artificial one. For the effectiveness of its style that overwhelms the viewer like a multisensory wave thanks to a swirly editing and a minimal soundtrack.”

The Jury of Students also assigned two Special Mentions. The films are:

“An intimate self-portrait that strikes the audience with its urge to report the oppression and repression of the LGTBQ+ community through a poetic and political use of editing and shooting. The courage of this work does not leave the viewer indifferent.”

“For the painstaking approach to the visual construction of a tortured character who bears the indelible signs of a both inner and outer conflict on her body. The dialectic use of colour and its absence defines a poetic, contemplative language, capable of placing the narrative in-between reality and dream.”

This year, the Pesaro Film Festival entered in a partnership with MyMovies to offer those who could not come to Pesaro the chance to watch a selection of ten films from the festival directly at home. The audience of MyMovies voted at the end of each digital screening and decreed that the Audience Award goes to:

The director of Banat - The Journey, presented at the Venice International Film Critics’ Week (2015), brought to Pesaro a short made of escapes and isolation in which a man finds himself locked down in an empty apartment in Shanghai, victim to very dark thoughts. The only way to get rid of physical and mental threats is to walk across the deserted city.

The new festival section VEDOMUSICA debuted this year. The competition curated by Luca Pacilio is focused on Italian music videos produced over the past year. Its goal is to acknowledge a language that reinvents itself continuously, renewing and experimenting with old and new techniques. Out of the twenty music videos selected, six were shortlisted and screened in Piazza del Popolo one at a time during the festival. The audience voted via the Festival’s social networks the favourite video, which turned out to be:

The (Re)Edit  Competition is the first one in Italy reserved for video essays, the new form of film criticism in pictures that can not only become viral on the Internet but is also used as an education tool in the most advanced universities. The curators Chiara Grizzaffi and Andrea Minuz shortlisted eight video essays/re-cuts/mash-ups/remixes made by students from universities and film schools from all over the world. This year, the competition opened up to high-school students too.

According to the jury composed of Elena Marcheschi, Andrea Miele, and Elio Ugenti, the winner is:

“The film manages to successfully marry the analytic purposes of the video essay and a strong aesthetic system, thus involving and enthralling the audience. Stairs is grounded in extensive research capable of creating relevant and original connections about a symbolically dense recurring motif in film history, i.e., the image of stairs.”

The jury also assigned a Special Mention to:

“For the courage and maturity proven with respect to an extremely complex poetics like that of Pier Paolo Pasolini; besides the systematic willingness to use all the visual potential of the video essay, sound was also employed to construct an articulate, original, and layered audio-visual discourse. Nemmeno il fiume lo portava is a profound and fascinating film, especially considering the young age of its maker.”

Tonight the winners of the Lino Miccichè Award for young film critics will receive their prizes. The competition is organized by the Italian Film Critics National Union along with the Pesaro Film Festival itself. The Award is named after Lino Miccichè (founder of the Pesaro Film Festival along with Bruno Torri). Its goal is to bring young journalists closer both to the critical work in the field of cinema and to the activities of research that the Festival has been carrying out on an international level over all these years.